Marc Kielburger, CM, OMC (born 1977) is a Canadian author, social entrepreneur, columnist, humanitarian and activist for children's rights. He is the co-founder, with his brother Craig, of Free the Children, an international development and youth empowerment organization; Me to We, a social enterprise that provides socially responsible products and services; and We Day, an annual youth empowerment event. On March 31, 2010, he was named a Member of the Order of Canada by the Governor General of Canada.

Kielburger attended Brebeuf College School (Toronto), and Neuchâtel Junior College (Neuchâtel, Switzerland). While at Brebeuf, he was a participating member in their debate club and participated in debates run by the Ontario Pro-Con Debating Forum. At 13, through a program for school credit organized by Fintan Kilbride, Kielburger volunteered in Jamaica with at a hospice for teenage mothers and a home for elderly homeless people who suffered from leprosy. A year later, he won the award for Best Junior Project at the Canada-Wide Science Fair for his project on alternative home cleaners. At 18, he volunteered for eight months at an AIDS hospice in the slums of Bangkok, Thailand.

Kielburger is the co-founder of Free the Children, an international charity and educational partner. The organization has worked in 45 countries and built more than 650 schools and school rooms in developing regions, providing education to more than 55,000 children daily. Kielburger co-founded Me to We, a social enterprise that provides socially responsible products and services, and donates half of its net profits to Free The Children. He also co-founded We Day, an annual youth empowerment event for more than 200,000 young people, held in large stadiums in cities across Canada, the U.S. and the U.K.

Kielburger and his brother, Craig, contributes a weekly regular column about social activism around the world called "Global Voices" for several Canadian newspapers and Huffington Post Canada online. The brothers also produce a weekly column on socially conscious living called “Living Me to We” in the Postmedia newspaper chain and online at Canada.com. They also write a column for The Globe and Mail, “Have your say”, that asks experts and readers for solutions to social issues.

Kielburger is the recipient of many honours, including the Order of Canada and selection by the World Economic Forum as one of the 250 Young Global Leaders. For his work in the field of education and human rights, he has received nine honorary degrees, including an honorary doctor of laws degree from the University of Toronto in Spring 2011. 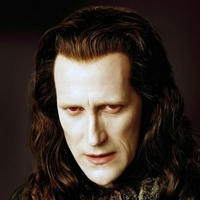