Marc Russell Benioff (born September 25, 1964) is an American Internet entrepreneur, with a net worth of $7.1 billion as of May 2020. He is the founder, chairman and CEO of Salesforce, an enterprise cloud computing company. As of June 2020, he owned 3.36% of Salesforce shares, worth $4.8 billion.

Benioff was raised in a Jewish family long established in the San Francisco Bay Area. He graduated from Burlingame High School in 1982. Benioff received a Bachelor of Science in Business Administration from the University of Southern California in 1986, where he was a member of the Tau Kappa Epsilon fraternity.

Marc is a distant cousin of showrunner and television producer David Benioff. He is married to Lynne Benioff and has two children. The family lives in San Francisco, California.

While still in high school, Benioff sold his first application, How to Juggle, for $75. At 15 years old, he founded Liberty Software, creating and selling games such as Flapper for the Atari 8-bit. Epyx published his King Arthur's Heir, The Nightmare, Escape from Vulcan's Isle, and Crypt of the Undead, and by 16, Benioff was earning royalties of $1,500 a month, enough to pay for college.

While at USC, Benioff had internships as an assembly language programmer at the Macintosh division of Apple Computer. He expected to continue programming after college, but USC professors advised Benioff to obtain customer-oriented work experience and he joined Oracle Corporation after graduation in a customer-service role. Prior to founding Salesforce, Benioff was at Oracle for 13 years in a variety of executive positions in sales, marketing, and product development. At 23, he was named Oracle's Rookie of the Year and three years later, he was promoted to vice president, the company's youngest person to hold that title.

Before starting his company, Mata Amritanandamayi, a Hindu guru, and Colin Powell were critical mentors for him.

Benioff founded Salesforce in March 1999 in a rented San Francisco apartment and defined its mission in a marketing statement as "The End of Software." He has long evangelized software as a service as the model that would replace traditional enterprise software. He is the creator of the term "platform as a service" and has extended Salesforce's reach by allowing customers to build their own applications on the company's architecture or in the Salesforce cloud.

Benioff is a Chairman of Salesforce.com Foundation, a charity established in 2000, and created the 1-1-1 model of integrated corporate philanthropy, by which companies contribute 1 percent of equity, 1 percent of employee hours and 1 percent of product back to the community.

Benioff and his wife Lynne have been recognized as top philanthropists by Forbes' America's 50 Top Giver list in 2015 and the Chronicle of Philanthropy's Philanthropy 50 list in 2010, 2014 and 2015.

In June 2010, they announced a $100-million gift to UCSF Children's Hospital.

Benioff has said that businesses are the greatest platforms for change in the world. He follows the World Economic Forum founder Klaus Schwab's stakeholder approach to leadership, which says that leaders should serve not only their shareholders but all stakeholders, including customers, employees, partners, communities and the environment, to make the world a better place.

In March 2015, Benioff announced Salesforce would cancel all employee programs and travel in the state of Indiana after the passing of SB 101, the Religious Freedom Restoration Act, a controversial bill which would allow companies and individuals to deny service to LGBT individuals based on religious beliefs. As the largest tech employer in Indiana (following the 2013 acquisition of ExactTarget), Benioff led a global effort of business leaders fighting back against the legislation, ultimately leading to the Indiana State Legislature's passing an amendment to the bill containing protections for LGBT customers, tenants and employees.

Benioff led a similar movement in February 2016 against Georgia's HB 757, the First Amendment Defense Act. He announced that Salesforce would reduce investments in Georgia and cancel an annual conference if the bill was passed as-is. A month later, the Governor vetoed the bill.

In April 2015, Benioff announced that he would be reviewing all salaries at Salesforce to ensure men and women were being paid equally for comparable work. On the heels of the salary assessment, Benioff joined President Barack Obama in January 2016 as he celebrated the anniversary of the Lily Ledbetter Fair Pay Act and renewed his call on Congress to pass the Paycheck Fairness Act.

In March 2018, Benioff announced that he would be donating $1 million to March for Our Lives. In the announcement, Benioff wrote, "Motivated to join the many who are passionate about the safety of all kids and I'll give $1 million to March For Our Lives. Together all of us can make children's health and safety our number one priority. Join us and March on March 24th."

In an October 2018 interview with The Guardian, Benioff criticized other technology industry executives for "hoarding" their money and refusing to help homeless people in the San Francisco Bay Area. With reference to a pending bill that would increase gross receipts tax by 0.5%, Benioff stated “This is a critical moment where I think Prop C kind of illuminates who is willing to be a San Franciscan and actually support our local services.”

Benioff supported Hillary Clinton for President of the United States in the 2016 presidential election. He was included in ZDNet's 2017 list of "21 other CEOs we'd like to see run for president". 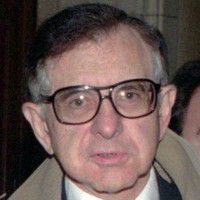