Mara began her career in 1967, as secretary in the Ariston Records press office, working with Ornella Vanoni and Mino Reitano. She is married with Alberto Salerno (son of Nicola Salerno, songwriter of hits like Torero, Tu vuò fà l'americano, Guaglione, Non ho l'età e Un ragazzo di strada) and has two daughters Giulia and Camilla, who are her press officers.

In 1969 she reached the Numero Uno, record label founded by Mogol and Lucio Battisti. The experience with the pair of authors led her, in the 1970s, to the Dischi Ricordi, where she became a talent discoverer of singers like Gianna Nannini. Later, she became art director, following the musical path of Fabrizio De André e Mia Martini.

In the 1990s, she met Tiziano Ferro in SanremoLab academy and produced his first three albums.

Completing the experience with the Nisa, she founded with her husband and the daughters the record label Non ho l'età, with the aim of promoting new musical talents.

In 2008, she became X Factor judge on Rai 2, with Morgan and Simona Ventura. In year-end she hosts with Francesco Facchinetti on the same channel Saturday show Scalo 76.

In 2010, she was also in the fourth edition with three new judges: Elio, Enrico Ruggeri and Anna Tatangelo. She also released a dance single called Fantastic that peaked at #2 in the Italian Singles Chart. She was confirmed for her participation at the talent show Amici di Maria De Filippi in 2011.

Maionchi did not return for the fifth edition of X Factor in 2011 and was replaced by Arisa. 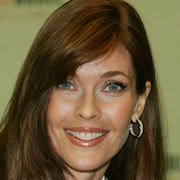