Manuela Schwesig (born 23 May 1974) is a German politician of the Social Democratic Party serving as the fifth minister-president of Mecklenburg-Vorpommern since 4 July 2017. She is the first woman to serve as head of government of this state. Previously she served as Federal Minister of Family Affairs, Senior Citizens, Women and Youth from 2013 to 2017.

Born in Frankfurt (Oder), East Germany, Schwesig grew up in the nearby town of Seelow. After graduation in 1992 from the Gymnasium auf den Seelower Höhen, she completed studies in higher civil service (tax administration) of the federal state of Brandenburg. She attended the Training and Further Education Centre (Fachhochschule für Finanzen) in Königs Wusterhausen.

Schwesig became a Federal Deputy Leader of the SPD in 13 November 2009 alongside Thorsten Schäfer-Gümbel and Olaf Scholz (and later Aydan Özoğuz and Ralf Stegner). She was then appointed State Minister of Social Affairs and Health in Mecklenburg-Vorpommern in 6 October 2008, under the leadership of Minister‐President Erwin Sellering. She served as minister and became member of the Landtag of Mecklenburg-Vorpommern from 4 September 2011 until she joined the federal government.

Ahead of the 2009 elections, German Foreign Minister Frank-Walter Steinmeier included Schwesig, then a relatively unknown face to the German public, in his shadow cabinet of 10 women and eight men for the Social Democrats' campaign to unseat incumbent Angela Merkel as Chancellor. During the campaign, Schwesig served as shadow minister for family affairs who advocated the party's family-friendly policies.

Schwesig was a SPD delegate to the Federal Convention for the purpose of electing the President of Germany in 2010, 2012 and 2017. In 2011, she led high-level talks with Chancellor Angela Merkel and Labor Minister Ursula von der Leyen for the then-opposition Social Democrats on reaching a compromise over how to increase basic social welfare benefits for the unemployed.

In the third Merkel cabinet, Schwesig, who at 39 was the youngest cabinet member, became the Federal Minister of Family Affairs, Senior Citizens, Women and Youth – a position also occupied by Merkel in her first cabinet post under German Chancellor Helmut Kohl in the early 1990s.

At an SPD convention in late 2015, Schwesig received 93 percent of members' ballots, the best result of any of the party leadership. Shortly after, the party's board mandated Schwesig and Thomas Oppermann with the task of drafting an electoral program for the 2017 federal elections.

As one of the state's representatives at the Bundesrat, Schwesig serves on the Committee on Foreign Affairs. She also chairs the German-Russian Friendship Group set up by the Bundesrat and the Russian Federation Council.

In the negotiations to form a fourth coalition government under Merkel following the 2017 federal elections, Schwesig led the working group on education policy, alongside Annegret Kramp-Karrenbauer, Stefan Müller and Hubertus Heil. In 2019, she was appointed by the Federal Ministry of the Interior, Building and Community to serve on the committee that oversaw the preparations for the 30th anniversary of German reunification.

From June 2019, Schwesig – together with her party colleagues Malu Dreyer and Thorsten Schäfer-Gümbel – was chosen as the SPD’s interim leader, following former leader Andrea Nahles' decision to step down and leave politics. In September 2019, Schwesig announced she had been diagnosed with breast cancer and would step down from her duties at national level.

Schwesig is a member of the German Child Protection League. Her main focus is to fight child poverty and provide for good state childcare facilities. In 2009 she supported the idea promoted by Minister Ursula von der Leyen to block websites featuring child pornography.

On her order the employees of nursery schools in Mecklenburg-Vorpommern have to declare their commitment to uphold the principles of Germany's basic laws (the constitution).

In 2014, Schwesig helped introducing a bill mandating compulsory quotas for women on the supervisory boards of the Germany's top companies, which was passed in early 2015. Also in early 2015, she called for a law that would force companies to allow female employees to see how their salaries compare with those of male colleagues. Meanwhile, she has been championing a substantial expansion of state-sponsored child care facilities.

In 2016, Schwesig successfully introduced changes to Germany's maternity protection legislation by expanding the laws to include groups of women not explicitly covered (including school and university students, women working as interns, and women pursuing vocational training) and attempting to reduce bureaucratic red tape.

In a 2014 lawsuit before the Federal Constitutional Court of Germany, the far-right National Democratic Party of Germany (NPD) complained over comments made by Schwesig during that year's parliamentary election campaign for the state of Thuringia. In a newspaper interview, Schwesig had made the comment: "The number one goal is that the NPD does not make it into the parliament." The NPD accused the minister of breaching her duty of neutrality and interfering with the campaign, and made a complaint before the Federal Constitutional Court. But the court ruled in December 2014 that Schwesig did not damage the NPD's right to a level playing field, because her comments fell under the "political struggle of opinion."

Schwesig is married and has two children. She was diagnosed with breast cancer in September 2019 and subsequently resigned from her party offices on federal level. However, she confirmed that cancer is curable and medical treatment was required. 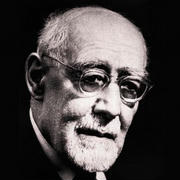 Former President of the Federal Republic of Germany 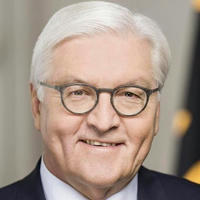