Manuel Schüttengruber (born 20 July 1983) is an Austrian football referee who officiates in the Austrian Football Bundesliga. He has been a FIFA referee since 2014, and is ranked as a UEFA first category referee.

In 2010, Schüttengruber began officiating in the Austrian Football Bundesliga. His first match as referee was on 28 August 2010 between SV Mattersburg and Red Bull Salzburg. He also officiated two matches in the Swiss Super League in 2012. In 2014, he was put on the FIFA referees list. He officiated his first senior international match as a FIFA referee on 15 November 2016 between the Czech Republic and Denmark.

The contents of this page are sourced from Wikipedia article on 15 Mar 2020. The contents are available under the CC BY-SA 4.0 license.
comments so far.
Comments
From our partners
Sponsored
Reference sources
References
https://www.fifa.com/development/education-and-technical/referees/association=aut/index.html
https://www.worldfootball.net/report/bundesliga-2010-2011-sv-mattersburg-rb-salzburg/
https://www.worldfootball.net/referee_summary/manuel-schuettengruber/
https://eu-football.info/_referee.php?id=3739 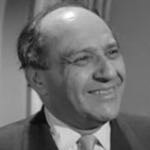