García was born in Seville, Spain, on 21 January 1775. In 1808, he went to Paris, with previous experience as a tenor at Madrid and Cadiz. By that year, when he appeared in the opera Griselda in Paris, he was already a composer of light operas. He lived in Naples, Italy, performing in Gioachino Rossini's operas. These included the premières of Elisabetta, regina d'Inghilterra, in which he portrayed The Duke of Norfolk and The Barber of Seville, in which he portrayed the role of Count Almaviva. In 1816, he visited Paris and London, England. Between 1819 and 1823, he lived in Paris, and sang in operas such as The Barber of Seville, Otello, and Don Giovanni.

His elder daughter was the celebrated mezzo-soprano Maria Malibran, and his second daughter was Pauline Viardot, a musician of consequence and, as a singer, one of "the most brilliant dramatic stars" of her time. His son, Manuel Patricio Rodríguez García, after being a second-rate baritone, became a world-famous vocal pedagogue, "the leading theoretical writer of Rossini vocal school".

In 1825, he and his company, four of eight of them Garcías, were recruited by a New York vintner Dominick Lynch, Jr. (1786–1857), who had been encouraged by Italian opera librettist Lorenzo Da Ponte, then a professor of Italian at Columbia College, to introduce New Yorkers to Italian Opera. They staged the first performances (a total of about 80) of Italian opera in New York. The García family took all the main parts in performances of The Barber of Seville, with García as Almaviva, his second wife Joaquina Sitchez (also called "la Briones") as Berta, Manuel Jr. as Figaro, and Maria as Rosina; Pauline was still very young at this time. Da Ponte particularly insisted on the company billing Don Giovanni, of whose libretto he was the author, and Mozart's opera was given its first American unabridged performance on 23 May 1826 in the presence of its librettist, with García singing the title role, la Briones as Donna Elvira, Maria as Zerlina, and Manuel Jr. as Leporello.

They also performed in Mexico, and García recounted in his memoirs that while on the road between Mexico and Vera Cruz, he was robbed of all his money by brigands.

García had planned to settle in Mexico, but following to political troubles, in 1829 he had to return to Paris, where he was once again very warmly welcome by the public. His voice, however, was being impaired by age as well as fatigue, and, never ceasing to compose, "he soon dedicated himself to teaching, for which he seems to have been specially gifted". After having his last appearance on stage in August 1831, he died on 10 June the following year and was buried in Père Lachaise Cemetery. His funeral oration was delivered by François-Joseph Fétis, who "honoured him above all as a composer, remarking that his best works remained unpublished – as is still true today". In 1836, Franz Liszt wrote a Rondeau fantastique sur un thème espagnol, S, 252, for piano, based on García's song "El contrabandista".

According to James Radomski, "García's dynamic perfectionism left its impact on three continents and his legacy, in the hands of his children, was carried into the 20th century".

Despite his Spanish origins, Manuel García became a paragon of the Italian-style tenor of the early 19th century. According to John Potter, it was mainly after coming to Italy in 1812 and meeting “the highly respected tenor and teacher Giovanni Ansani that he acquired the skills that would enable him to cope with Rossini. Ansani taught him how to project, and perhaps how to achieve the heavier sound that Mozart had recognized in all Italian singers as long ago as 1770, and presumably gave him the pedagogical rigour that would enable him to teach so authoritatively”. In fact, his "voice was, according to Fétis, a deep tenor": indeed, his singing had baritonal characteristics and has been presently referred to as baritenore, mainly in Italy. García possessed, however, an unusual vocal compass: although he was also able to cope with real baritone roles, the parts written for him by Rossini generally tend to be higher than those written for other baritonal tenors like Andrea Nozzari or Domenico Donzelli, and, according to Paolo Scudo's testimony, it was García, and not Gilbert-Louis Duprez, the first singer able to utter the “C from the chest”. Given his artistic background, however, García is not reported to have ever sung it in public.

Despite his range, he cannot be regarded as a tenore contraltino. He had, for instance, in his repertoire the role of Lindoro in L'italiana in Algeri, but, when he had to confront "the extremely high tessitura and the mainly syllabic writing of [his entrance aria] 'Languir per una bella', he transposed the aria down a minor third, performing it in C major instead of E flat". García was also able to master falsetto vocal phonation to such a point that, in a tonadilla of his, El poeta calculista, he could perform a duet with himself, where he sang both the tenor and the soprano parts.

Having an extravagant, even violent, personality and despotic attitudes even towards his children (who were also his pupils), he transported onto the stage something of his personal character, making his performances as Otello and Don Giovanni memorable, but he also succeeded in bridling his exuberance and in getting the style under perfect control, so that he could render his Mozart Count Almaviva a real, proud and elegant, grandee of Spain.

The following is a selected list (mainly drawn from the Amadeusonline Almanac) which intends to note significant moments in Manuel García’s career after his arrival in Italy. The symbol (*) indicates premieres, while the symbol (**) marks other notable performances, especially involving premieres in towns and theatres.

The following lists are drawn from The New Grove Dictionary of Opera (article: "García, Manuel", by James Radomski), with possible details from different sources. 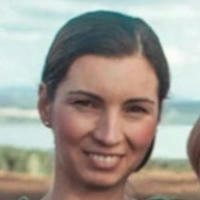