Manuel Charr (born Mahmoud Omeirat Charr; 10 October 1984, Beirut, Lebanon) is a Lebanese-born Syrian-German professional boxer and the current WBA (Regular) heavyweight champion. He has challenged once for the WBC title. In 2015, Charr was shot four times in the stomach after confronting an internet troll in a German fast-food restaurant. Charr underwent double-hip replacement surgery in May 2017.

Manuel started his martial arts career with Thai boxing at the age of 17. Two years later he became the youngest ever German Champion in Muay Thai. In 2005 he became the German Champion and the European Champion in Thai-Boxing at the age of 19. Due to his track record in Thai-Boxing, in 2000 Manuel was invited to a training camp for professional boxers at the famous Max Schmeling Gym in Berlin. Here his professional boxing career started under the supervision of the famous German boxing coach Ulli Wegner.

Charr was slated to fight WBC heavyweight champion Vitali Klitschko on September 8, 2012 in Moscow, Russia for the WBC Heavyweight Championship.

Charr turned up during the post-fight press conference of the David Haye-Dereck Chisora fight on July 14 (Haye won via TKO in the 5th round) in order to challenge Haye, after promising to defeat Klitschko in September.

Klitschko won the fight via TKO when Charr had to be stopped due to a cut received from Vitali's punches. Charr strongly protested the stoppage but the decision stayed giving Charr the first defeat of his professional career.

A few days before a scheduled WBA Title fight against Fres Oquendo in September 2018, Charr tested positive for Drostanolone and Trenbolone, and as a result the fight was cancelled.

Charr was due to fight David Haye at Manchester Arena on 29 June 2013. However, Haye pulled out of the fight due to a hand injury and decided to fight Tyson Fury instead on September 28. That bout was also cancelled.

Manuell Charr was born in Lebanon in 1984 to a Lebanese mother and a Syrian father. His father died in Lebanese Civil War. In 1989 when he was five years old, he and his family fled to Germany where he grew up in Essen. Now Charr lives in Cologne. He has suffered chronic hip pain most of his adult life and has had both hips replaced.

In 2015, an altercation at a kebab shop in Essen led to a drive-by shooting which left Charr shot four times in the abdomen and forced to undergo emergency surgery that night to save his life. Charr was dining with rapper Kay One at the time of the incident, which occurred following an argument with an online troll who had been abusing the boxer for some weeks. The perpetrator, whom Charr identified to police, turned himself in to police. 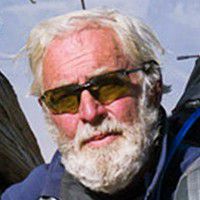 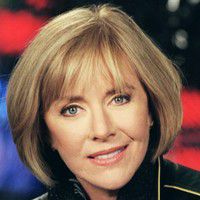