Manu Kumar Jain (born: 25 January 1981) is a leading Indian entrepreneur and the Global Vice President of Xiaomi. He is also the Managing Director of Xiaomi India. Jain co-founded Jabong.com, a fashion and lifestyle e-commerce portal in India and served as its Managing Director from February 2012 to January 2014.

Born and brought up in Meerut, Jain pursued a B.Tech course in Mechanical Engineering from Indian Institute of Technology, New Delhi, which he graduated in 2003.

He subsequently secured an MBA from the Indian Institute of Management Calcutta in 2007.

After his B.Tech from IIT Delhi, Jain joined Headstrong (later acquired by Genpact) as a Software Engineer. He was employed with the company from 2003 to 2005.

Post his MBA, Jain joined McKinsey & Company in 2007. Here he worked across sectors such as sales and marketing, retail, FMCG, and automobiles as an Engagement Manager. After almost 5 years with the company, Jain went on to explore his entrepreneurial skills and co-founded Jabong in 2012.

Jain co-founded Jabong in 2012 and took up the role of Managing Director. He is known to have grown the company from inception and establish Jabong as a leading fashion and lifestyle online retail platform. By the time Jain moved out of Jabong in 2014, the company was widely recognized as one of the leading retail portals in India.

Manu joined Xiaomi as the Country Manager and Managing Director of Xiaomi India in 2014. He was promoted as global Vice President of Xiaomi in January 2017 after his predecessor, Hugo Barra, left the smartphone maker in 2017. Jain is attributed as the first employee at Xiaomi India who has been instrumental in making the brand as it is known today. Xiaomi was the No. 1 smartphone brand in India with a market share of 23.50% (IDC Q3 2017).

Jain is known to be a strong supporter of the Indian government’s "Make In India" campaign and has been instrumental with setting up three Xiaomi manufacturing plants (one exclusively for power banks) in India.

Jain is married and is a father. He claims to be a ‘wannabe cartoonist’ and also co-created DINK couple, a cartoon series inspired from his real life experiences.

References
http://bwdisrupt.businessworld.in/article/Meet-40-Young-Business-Leaders-Selected-by-BW-Businessworld-for-Its-2nd-Edition-of-40-Under-40-Awards-and-Summit/28-09-2018-161053/
http://economictimes.indiatimes.com/markets/stocks/announcements/chinas-xiaomi-hires-jabong-co-founder-manu-jain-to-head-india-operations/articleshow/36367049.cms
http://fortuneindia.com/40under40/2016
http://www.businessworld.in/article/Interview-With-Manu-Kumar-Jain-MD-Xiaomi-India-On-The-Company-s-Plans-In-India-/24-01-2018-138284/
http://www.gizmodo.in/8-things-you-didnt-know-about-Manu-Kumar-Jain-Xiaomis-new-VP/Match-made-in-heaven/slideshow/57211458.cms
http://www.livemint.com/Companies/1yGjBWyIziN9WWpD9rOyDP/Xiaomi-elevates-India-head-Manu-Kumar-Jain-as-global-vice-pr.html
http://www.livemint.com/Leisure/fSa87jfUsOUHm5mTgFoLzH/Manu-Kumar-Jain--Its-all-online.html
http://www.mi.com/in/about/
https://qz.com/india/1271703/xiaomi-ipo-manu-jain-set-to-make-a-fortune-after-chinese-tech-giant-goes-public/
To cite the article
Citation
We strive for accuracy and fairness. If you notice a mistake, please contact us. Below the article, you will find links to the references used.
comments so far.
Comments
Trending today in 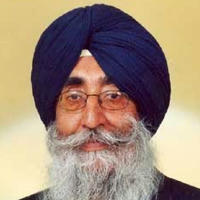 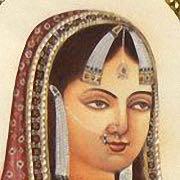 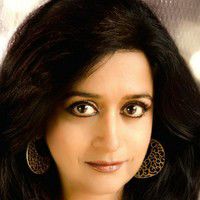