He won Best Rapper and Hip-Hop song of the year at the 2017 Ghana Music Awards. He has worked with Damon Albarn, Flea, Tony Allen, Erykah Badu, and is featured on five songs on the Rocket Juice and The Moon album. He is the grandson of one of Africa’s foremost ethnomusicologists and composers J.H. Kwabena Nketia. In 2012, BBC’s arts program The Strand tipped him as one of four acts to look out for in 2012. In 2015 M.anifest's single "Someway bi" earned him a third-place honour in the International Songwriters Competition (ISC). In the same year, The Guardian named M.anifest as "the foremost rapper on the continent.". M.anifest currently lives in Accra (Madina) and Minneapolis.

M.anifest is the son of Ghanaian lawyer and academician Tsatsu Tsikata and Reverend Dr Priscilla Naana Nketia, a lawyer and pastor. His maternal grandfather Joseph Hanson Kwabena Nketia was a composer, professor and ethnomusicologist. M.anifest migrated to the Twin Cities (Minneapolis-St Paul, USA) in 2001 to attend Macalester College, where he graduated in 2005 with a Bachelor of Arts in economics.

M.anifest went to high school at SOS-Hermann Gmeiner International College in Tema. He was the entertainment prefect of his school known as Amet Tsikata. He has had artist residencies and given lectures in St. Lawrence University, University of Ghana, and spoken to several classes in Hamline University, Macalester College (his Alma Mater), Penumbra Theater's Summer Arts Institute, Ashesi University.

In his time in the Twin Cities, M.anifest learnt to adopt the do-it-yourself credo and the know-how in becoming an independent musician. He released his first solo album, Manifestations, in 2007 funded by royalties he received from lending his voice to a Pepsi jingle that played nationally on U.S radio. Manifestations earned him Songwriter of the year Honors in the City Pages as well as top five albums of the year recognition in the Star Tribune. In 2009 he released a free album, the Birds and the Beats, to raise awareness and funds for the work of a non-profit, Young Entrepreneurs Africa.

In 2010 M.anifest linked up with Africa Express and played gigs in France and Spain with them in the same year. He caught the attention of Africa Express co-founder Damon Albarn who thereafter invited M.anifest to be a collaborator on Rocket Juice & the Moon in 2011. In September 2012, M.anifest joined the Africa Express train touring the UK. He wrote for The Huffington Post about these experiences.

He released his sophomore album Immigrant Chronicles: Coming to America in September 2011, which included the singles "Suffer", "Asa" and "Blue (Chale What Dey Happen)". It marked a decade of his life in the U.S. and the beginning of his transition back to Ghana. In 2012, M.anifest began making major inroads in Africa performing on The Big Brother Africa stage as well at the Channel O Music Video Awards in South Africa. The video for his single "Makaa Maka" also got him nominated for Most Gifted Hip-Hop Video at the 2012 Channel O Music Awards and won him Best Hip-Hop Video at the 4syte Music Video Awards.

M.anifest produced and co-wrote an independence mini Hip-Hopera for Channel O and also performed a piece, at the first-ever Ghana Music Week, detailing the history of Ghanaian music. M.anifest is the co-founder of Giant Steps, an interactive conference for entrepreneurial creatives and creative entrepreneurs. He is also included in the feature-length documentary We Rock Long Distance by filmmaker Justin Schell.

On 30 June 2016, M.anifest released a diss track to fellow rapper Sarkodie titled "god MC" attacking Sarkodie with hit backs which made Sarkodie reply within two days by dissing M.anifest on the track "Kanta" (Panda cover). M.anifest's god MC which is deemed the highest point of his career so far went on to win Hip Hop Song of the year in the Ghana Music Award the following year.

The contents of this page are sourced from Wikipedia article on 03 Jun 2020. The contents are available under the CC BY-SA 4.0 license.
View M.anifest 's image gallery
Image Gallery 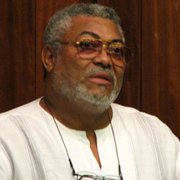 Ghanaian gospel singer and a former president of musiga