The Weiss Manfréd Acél- és Fémművek ("Manfréd Weiss Steel and Metal Works"), or colloquially Csepel Művek ("Csepel Works") was one of the largest machine factories in Hungary, located on Csepel island outside Budapest. It played an integral role in the heavy industry and military production of the Austro-Hungarian Monarchy. Founded by Baron Manfréd Weiss of Csepel, a Jewish industrialist, by the time of World War I the company was one of largest defense contractors in Austria-Hungary, producing all types of equipment, from airplanes and munitions to automotive engines and cars. Badly damaged by Allied air raids and eventually pillaged during World War II, the company continued in existence until 1950, when it was nationalised and renamed to Rákosi Mátyás Vas- és Fémművek ("Mátyás Rákosi Iron and Metal Works NV", where "NV" means Nemzeti Vállalat, "National Company").

In late 19th century the company, by then owned exclusively by Manfréd Weiss, expanded into production of ammunition for the Austro-Hungarian Army. The new factory produced all types of ammo, from rifle cartridges to artillery shells for land forces and the Austro-Hungarian Navy. Thus Manfréd Weiss became one of the principal defence contractors for the Hungarian part of the empire, his main competitor being the state-owned steel mill in Diósgyőr, the Diósgyőr-Vasgyár. In 1906 the company was supported by Hungarian Society of Industrialists, who started to lobby for a new law that would allow state-owned companies to produce only the products unobtainable from private companies. With such support, the Manfréd Weiss Works soon emerged as the largest firm on the market. Another boost in company's history came in 1911, when Austria-Hungary significantly expanded its military budget and army size (from 877,000 to 1.57 million men at arms during peacetime). The public orders allowed the company to quickly expand the ammunition production and establish additional factories: new steel and iron furnaces, new copper, nickel and aluminium installations. Production capacity was growing and soon the firm became one of the principal sources of ammunition for the armies of Kingdom of Serbia, Kingdom of Bulgaria, Portugal, Spain, Mexico and even the Russian Empire. By 1913 the Manfréd Weiss Works employed over 5000 workers on a daily basis. During World War I the workforce soon exceeded 30,000. For his services to the Austro-Hungarian state, Manfréd Weiss was ennobled and from then on was styled Baron Manfréd Weiss de Csepel, after the main seat of operations of his company.

Although by the outbreak of World War II the company had become a modern industrial conglomerate, with over 40,000 employees, a large part of its management remained largely composed of Hungarian Jews. When Nazi Germany overran Hungary in 1944, the majority of them were arrested by the Gestapo. The Weiss family was allowed to emigrate to Portugal and escape the horrors of the Holocaust, but their large art collection, along with the entire industrial complex bearing their name was taken over by Germany. However, as Germany insisted that Hungary was still a sovereign nation, the owners of the company received large compensation and remained official owners, with the German-imposed management merely "in control" of a trusteeship for a period of 25 years. Eventually the control over the company was given to the Schutzstaffel, with a completely new holding company's management, including Erhard Milch, Kurt Baron von Schröder and Hans Jüttner. 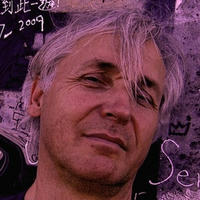