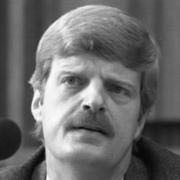 As the son of a country doctor in Erkrath, Manfred Lahnstein grew up with three siblings. Manfred Lahnstein is married to Sonja Lahnstein-Kandel. They live in Hamburg and have one daughter and a son from his first marriage.

In 1982, Lahnstein became West Germany's Minister of Finance under Helmut Schmidt. To 1983 he was professional politician. In 1983 Manfred Lahnstein was recruited by Bertelsmann AG in Gütersloh, from the Bundestag. At Bertelsmann, he was initially on the board responsible for printing and industrial enterprises, and moved in 1994 as a member of the Supervisory Board. From 1998 to 2004 he worked for the Bertelsmann Group, as special representative of the Board.

From 1986 he is professor of culture and media management at the Hochschule für Musik und Theater Hamburg.

Since 1994 he heads in Hamburg the consulting firm Lahnstein & Partners, International Consultants.

Since 1996 he is Chairman of the Board of Trustees of one of Germany's largest private foundations, the ZEIT-Stiftung.

In February 2009 he was appointed to the Supervisory Board of the London-based investment company Berger Lahnstein Middelhoff & Partners LLP (BLM Partners).

Manfred Lahnstein is an adviser to the Saudi conglomerate Olayan Group and the investment bank Rothschild.