Amanda "Mandy" Valentine (born July 25, 1990, in Ottawa, Ontario) is a Canadian figure skater. She was also a regular judge on the television series Ghost Trackers, and had a 2010 acting role in the Canadian television series Mixed Blessings.

Mandy Valentine is the daughter of the Canadian hockey player Chris Valentine. She began figure skating at the age of five years in Düsseldorf, Germany, where her father was playing professional ice hockey. In 2003 Mandy returned to Ontario, Canada with her family.

She won the national and international junior competitions for the Nepean Figure Skating Club. She has also trained at the BC Centre of Excellence in Burnaby, British Columbia. 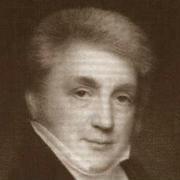