After the death of his nephew Molon Khan, the position remain vacant for nearly a decade as warring Mongol clans fought each other for dominance. Manduul Khan was married to Yeke Qabar-tu, daughter of the Turfan-based warlord Beg-Arslan, sometime between 1463 and 1465. The two disliked each other, and their marriage produced no children. In 1464, he also married Mandukhai, who was only sixteen years old at the time. It was not until 1475 that Manduul Khan was finally crowned as the new khan. Manduul is the earliest Mongol chief known to have actually headed the Chakhar myriarchy.

During his short rule, Manduul Khan successfully strengthened the power of khan and reduced the power of nobles, and paved the way for his adopted son and great-grandnephew Dayan Khan (Batu Möngke) who succeeded him as Manduul Khan had no direct male heirs, and most sources report that he had no children at all.

The contents of this page are sourced from Wikipedia article on 11 Feb 2020. The contents are available under the CC BY-SA 4.0 license.
View Manduul Khan 's image gallery
Image Gallery 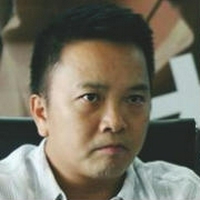