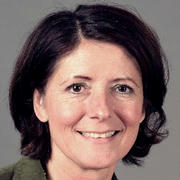 Dreyer was born the second of three children of a principal and a teacher. Following a year as an exchange student at Claremont High School in California in 1977, and her final Abitur exams at the Käthe-Kollwitz-Gymnasium Neustadt in 1980, Dreyer started her English studies and Roman Catholic theology at the University of Mainz. The following year she switched majors to jurisprudence and graduated in both law degrees with the first Staatsexamen in 1987 and the second Staatsexamen three years later with an excellent academic record.

From 1989, Dreyer worked at the University of Mainz as a research assistant to Professor Hans-Joachim Pflug. In 1991 she received her appointment as a probationary judge, and later as a prosecutor in Bad Kreuznach.

Having served as State Minister of Social Affairs, Labor, Health and Demography since 2002, Dreyer was the designated successor of incumbent Minister-president Kurt Beck, who announced his upcoming resignation from the post on September 28, 2012. She was officially elected on 16 January 2013.

In the negotiations to form a Grand Coalition of Chancellor Angela Merkel's Christian Democrats (CDU together with the Bavarian CSU) and the SPD following the 2013 federal elections, Dreyer was part of the SPD delegation in the working group on cultural and media affairs, led by Michael Kretschmer and Klaus Wowereit.

In the 2016 state elections, Dreyer managed to convert her high personal approval ratings into a 36.2% win against her opponent Julia Klöckner, improving her party’s 2011 result by half a percentage point. In electing Dreyer, the electorate voted to keep the SPD in office for their sixth consecutive term.

During her second term in office, Dreyer’s government decided to sell the state’s 82.5 percent stake in the loss-making Frankfurt–Hahn Airport in western Germany to Chinese conglomerate HNA Group.

In late 2017, SPD members elected Dreyer to the party’s national leadership for the first time as a vice chair. In the negotiations to form a fourth coalition government under Merkel following the 2017 federal elections, she led the working group on health policy, alongside Hermann Gröhe and Georg Nüßlein.

Following the 2017 national elections, Dreyer warned against another grand coalition and favored a minority government.

Since 2004, Dreyer has been married to Klaus Jensen, a fellow SPD politician and a former mayor of Trier who had been widowed three years earlier.

She was diagnosed with multiple sclerosis in 1994. This inhibits her physical movement. She made her illness public in 2006, and when traveling she now always takes her "Rolli" (wheelchair) along, for covering longer distances. 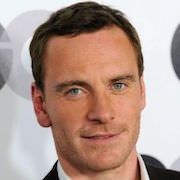