She was born in Warszawa, Poland. In 2003, she graduated from The Aleksander Zelwerowicz National Academy of Dramatic Art in Warsaw. On July 5, 2008 she married to Krzysztof Wiśniewski. On August 11, 2014 gave birth to their daughter named Zofia. 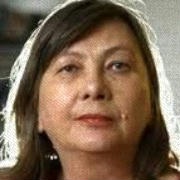