Małgorzata Maria Handzlik (born January 1, 1965 in Bielsko-Biała) is a Polish politician and former Member of the European Parliament (MEP). She was elected in 2004 and 2009 for the Civic Platform (Platforma Obywatelska, PO), and chose not to run for reelection in 2014.

She learned Esperanto in the 1980s during her travels with her husband Jerzy Handzlik, an Esperanto singer, writer, publisher, and teacher. Apart from promoting her party's objectives, Handzlik has declared to stand in for multilingualism and equal linguistic rights for all citizens. Handzlik is a fluent speaker of Esperanto and proposes to investigate the possible role of this language as a second language for all Europeans.

On 26 November 2014, she was charged with counterfeiting and fraud by the District Prosecutor's Office in Warsaw (Prokuratura Okręgowa w Warszawie).

The contents of this page are sourced from Wikipedia article on 07 Mar 2020. The contents are available under the CC BY-SA 4.0 license.
comments so far.
Comments
From our partners
Sponsored
Reference sources
References
http://www.europarl.europa.eu/members/expert/alphaOrder/view.do?language=EN&id=28275
http://www.fakt.pl/polityka/akt-oskarzenia-dla-bylej-europoslanki-po-malgorzata-h-oskarzona,artykuly,505965.html
http://isni.org/isni/0000000403550446
https://viaf.org/viaf/300229974
https://www.worldcat.org/identities/containsVIAFID/300229974
Trending today in 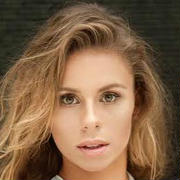