Malcolm Jenkins (born December 20, 1987) is an American football safety for the Philadelphia Eagles of the National Football League (NFL). He played college football as a cornerback for Ohio State University, earning consensus All-American honors, and winning the Jim Thorpe Award as a senior. He was drafted by the New Orleans Saints in the first round of the 2009 NFL Draft.

Jenkins played high school football at Piscataway Township High School in Piscataway Township, New Jersey, where he helped lead his team to three consecutive state championships. He played both wide receiver and defensive back for the Chiefs football team. He also excelled at track, winning the state title in the 400 meters as a junior.

Considered a three-star recruit by Rivals.com, Jenkins was listed as No. 61 cornerback prospect in the nation in 2005.

During his freshman season at Ohio State, Jenkins spent most of his time in the nickelback position. He finished the season with 37 tackles in 10 games. In 2006, he started all 13 games at corner and was a consensus first-team All-Big Ten. He finished '06 with 55 tackles and four interceptions. As a junior in 2007 Jenkins recorded 47 tackles and four interceptions and was named a first team All-American by Pro Football Weekly and a first team All-Big Ten for the second consecutive year. As a senior in 2008 he won the Jim Thorpe Award, which is given to the nation's best defensive back, after recording 57 tackles and three interceptions.

Jenkins is a member of the Omega Psi Phi fraternity. He was vice president, stepmaster, and chaplain of the Ohio State chapter; he has a prominent fraternity brand on his upper left arm, and another one on his chest.

Jenkins was considered one of the top two defensive backs available in the draft (alongside Vontae Davis), and drew comparisons to Terence Newman. However, after Jenkins ran a comparably slow 40-yard dash, some scouts considered him better suited for the safety position. He was drafted by the Saints, 14th overall. Jenkins with the New Orleans Saints in 2012

Jenkins was the first cornerback to be taken by the Saints in the first round since Oregon's Alex Molden went eleventh overall in the 1996 NFL Draft. On August 9, 2009, the Saints agreed to terms with Jenkins on a five-year, $19 million contract.

Jenkins started his first career game due to injuries to Jabari Greer and Tracy Porter during week 11 against the Tampa Bay Buccaneers. He finished the game recording seven tackles and his first career interception off of Buccaneers quarterback Josh Freeman.

In Jenkins rookie season, the Saints won Super Bowl XLIV after they defeated the Indianapolis Colts 31-17. Jenkins finished the game with five tackles.

Jenkins was moved to free safety for the 2010 season, originally with the intent of backing up starting free safety Darren Sharper; he became a starter after Sharper was placed on the Physically Unable to Perform ("PUP") list to start the season, and continued to receive substantial playing time even after Sharper returned from his injury.

In the fourth quarter of a 2010 Thanksgiving Day game against the Dallas Cowboys, Jenkins came from behind to strip the ball from Cowboys receiver Roy Williams. The Saints were losing at that point of the game, but came back to win the game, 30-27. Saints coach Sean Payton said Jenkins performed "one of those plays that inspires everybody on the team". Jenkins was named NFC Defensive Player of the Week for his performance. Two weeks later, Jenkins intercepted two passes from St. Louis Rams quarterback Sam Bradford, returning one of them 96 yards for his first NFL touchdown. Jenkins was again named NFC Defensive Player of the Week.

Jenkins signed a three-year contract with the Philadelphia Eagles on March 11, 2014. Jenkins finished the 2014 season with 80 tackles, 1 forced fumble, 1 fumble recovery, 15 passes defended, and a career high 3 interceptions, which included an interception returned 53 yards for a touchdown. On December 6, 2015, in a game against the New England Patriots, Jenkins caught an interception from Tom Brady on the goal line and returned it 99 yards for a touchdown that helped the Eagles upset the Patriots 35-28. For his performance, Jenkins was named NFC Defensive Player of the Week for Week 13 of the 2015 season. In a defense that started to lose its spark a week after the midway point of the season, Jenkins emerged as the team's leading tackler with 109, and he also recorded 2 interceptions, 3 forced fumbles, and 1 fumble recovery for 34 yards. For his 2015 season, Jenkins was rated as the best strong safety in the NFL by Pro Football Focus, and he was added to the Pro Bowl roster after starting as a 7th alternate. 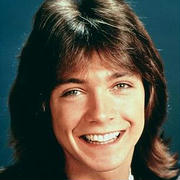