Malcolm Foster is a British musician known best for being the bass player for The Pretenders between 1982 and 1987, and a session player for Simple Minds between 1989 and 1995.

Foster received an invitation from Chrissie Hynde to join The Pretenders after Hynde let Pete Farndon, their original bass player, go. At the time, Hynde was working with "band-aid" members - Rockpile's Billy Bremner, and Big Country's Tony Butler. Foster, alongside Robbie McIntosh, permanently joined in late 1982, and helped the band finish their 1984 album, Learning to Crawl (his only full album with them).

"Learning to Crawl" was the band's commercial rebound after losing James Honeyman-Scott and Pete Farndon, featuring hits such as "Back on the Chain Gang," "Middle of The Road," and their cover of the Persuaders' hit Thin Line Between Love and Hate - featuring Paul Carrack on the piano.

After the band's 1984-85 tour, which wrapped up with a show at Live Aid, The Pretenders went in to work on their fourth album, "Get Close." Unfortunately, Hynde was not satisfied with Martin Chambers' drumming and let him go. During another session, Foster decided to leave too feeling that it was no use in him staying if Chambers isn't drumming.

Nevertheless, "Get Close" was yet another modest success. The band toured again the Haircut One Hundred's Blair Cummingham on drums, and T.M. Stevens as Foster's bass replacement. The tour also featured P-Funk's Berine Worrell on keyboards, making the Pretenders 60% African-American. At the advice of Dave Hill, Hynde let both Stevens and Worrell go by early 1987, and Foster was asked to return on bass.

In 1987, Robbie Macintosh was replaced by The Smiths' Johnny Marr, but due to disagreements, he too was asked to leave. The remaining trio of The Pretenders elected to split up. Cumminghams went back to session playing (which he would do on the next Pretenders album even though it was intended as Hynde's solo debut), and Foster, in 1989, joined Simple Minds.

Foster replaced John Giblin on bass. Foster was a session bassist for Simple Minds' Street Fighting Years (1989), Real Life (1991), and Good News from the Next World (1995).

The contents of this page are sourced from Wikipedia article on 17 Apr 2020. The contents are available under the CC BY-SA 4.0 license.
comments so far.
Comments
From our partners
Sponsored
Reference sources
References
https://www.mcall.com/news/mc-xpm-1984-04-13-2424934-story.html
Trending today
All Film/TV Music Politics Sports Business Science Academia 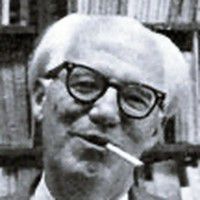 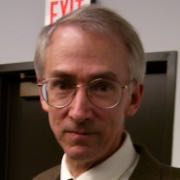