Malcolm Hakeem Delaney (born March 11, 1989) is an American professional basketball player for the Atlanta Hawks of the National Basketball Association (NBA). He is from Baltimore, Maryland, and attended Towson Catholic High School. He played college basketball for the Virginia Tech Hokies men's basketball team. In 2016, he earned an All-Euroleague First Team selection.

Delaney was born in Baltimore, Maryland on March 11, 1989. His mother Patricia was a nurse and day care provider. His father Vincent, Jr. was a top high school basketball player in Baltimore and later became a starter at Voorhees College in Denmark, South Carolina. Vincent, Jr. returned from college as a social worker. Malcolm's older brother Vincent would play NCAA Division II college football for Stonehill College in Easton, Massachusetts. In his childhood, Delaney led his Pop Warner youth football team to the national title. He also won a Little League Baseball home run derby. At age seven, Delaney dribbled and shot balls on the sidelines at an Amateur Athletic Union (AAU) team practice.

Before his sophomore year, Delaney transferred to Towson Catholic, where he continued to play MIAA basketball under head coach Josh Pratt. He joined fellow sophomores Donté Greene and Ron Nicholson on the Owls' roster.

He averaged 20 points, four rebounds and four steals as a senior. Also played in the Nike All-American All-Star game and was co-MVP of the Spalding Hoopball Classic. Was an EA Sports second-team All-American, Charm City Classic MVP, Capitol Classic All-Tournament team and Baltimore Catholic League Player of the Year. Delaney earned Gatorade Player of the Year/Mr. Maryland and was an All-County selection as a senior. At Towson Catholic, led team to the Baltimore Catholic League and MIAA Championships as a senior and scored 2,112 career points.

Delaney was the No. 89 ranked player in the country and No. 13 ranked point guard according to Rivals. Received offers from Virginia Tech, Clemson, Indiana, Iowa State and Maryland. Played for AAU Team Melo and is friends with current New York Knicks star and Maryland native Carmelo Anthony. He committed to the Hokies on September 3, 2006. Delaney with Virginia Tech in 2011

Delaney finished second on the team in assists (107, 3.1 apg), fourth on the team in scoring (9.6 ppg) and minutes played (27.3) and fifth on the team in rebounding (2.9 rpg). He started the last 24 games of the season and appeared in all 35 games. He scored in double figures in all three Virginia Tech post-season games. He registered a career-high 20 points and tied a career-high in steals, with four, at UNC. He made the game-tying three-pointer with 52 seconds remaining against Maryland in the home victory.

In his second season Delaney was named third-team All-ACC. He scored more than 20 points in 12 games and more than 15 points in 25 contests. Improved his scoring average and was second on the team in scoring, averaging 18.2 ppg. He was ranked among the ACC leaders in scoring (6th, 18.1 ppg), assists (5th, 4.5 apg), free throw percentage (3rd, 86.9%) and minutes played (2nd, 36.5). Delaney led the Hokies with 14 points and a career-high-tying 10 assists in the loss to Baylor in the second round of the NIT. He won the Lou Carnesecca Award, given to the most valuable player of the Aeropostale Holiday Festival, after averaging 23.5 ppg, 6.5 rpg, 6.0 apg and 3.0 spg for the tournament.

In his junior year Delaney was a unanimous first-team All-ACC after recording a career-best 20.2 ppg for the season. He led the Hokies to the NIT quarterfinals and had 24 points in their season-ending loss to Rhode Island. Led the ACC in scoring and was the Sporting News' fourth-team All-America selection. Delaney led the ACC in trips to the free throw line and imparted his knowledge to teammate Dorenzo Hudson who made a career-high 20 free throws on 21 attempts in their victory over Seton Hall.

Delaney entered the 2010 NBA Draft on March 31, 2010, but did not hire an agent. He had until May 8 to withdraw from the Draft or forgo his senior season. On May 7, Delaney decided to return to the Hokies for his senior season. On ESPN he had been projected as a second round draft choice to undrafted.

In 2011, after going undrafted, Delaney signed with the French team Élan Chalon in an agreement worth $130,000. The team plays in France’s top professional league, Ligue Nationale de Basketball.

In 2012, Malcolm Delaney agreed to a deal to play for BC Budivelnyk in Kiev, Ukraine. The club plays in the Ukrainian Basketball SuperLeague. He was named to the All-Eurocup First Team in 2013.

Delaney with Bayern Munich in 2014

On July 2, 2014, Delaney signed a one-year deal with the Russian team PBC Lokomotiv Kuban. He later said the club was "aggressive" in trying to sign him and he had "never heard a bad word" about them.

In the summer of 2015, he re-signed with Lokomotiv for 2015–16 season. He led his team to the 2016 Euroleague Final Four where Lokomotiv finished in third place. Delaney averaged 16.3 points, 5.5 assists and 3.4 rebounds over 31 Euroleague games.

On July 15, 2016, Delaney signed with the Atlanta Hawks. He made his debut for the Hawks in their season opener on October 27, recording four points and five assists off the bench in a 114–99 win over the Washington Wizards. 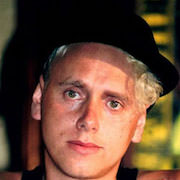 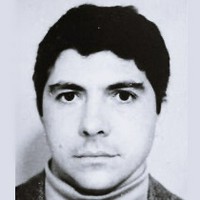 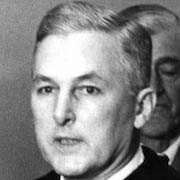