Makoto Kobayashi (小林 誠, Kobayashi Makoto) (born April 7, 1944 in Nagoya, Japan) is a Japanese physicist known for his work on CP-violation who was awarded one fourth of the 2008 Nobel Prize in Physics "for the discovery of the origin of the broken symmetry which predicts the existence of at least three families of quarks in nature."

After completing his PhD at Nagoya University in 1972, Kobayashi worked as a research associate on particle physics at Kyoto University. Together, with his colleague Toshihide Maskawa, he worked on explaining CP-violation within the Standard Model of particle physics. Kobayashi and Maskawa's theory required that there were at least three generations of quarks, a prediction that was confirmed experimentally four years later by the discovery of the bottom quark.

Kobayashi and Maskawa's article, "CP Violation in the Renormalizable Theory of Weak Interaction", published in 1973, is the fourth most cited high energy physics paper of all time as of 2010. The Cabibbo–Kobayashi–Maskawa matrix, which defines the mixing parameters between quarks was the result of this work. Kobayashi and Maskawa were jointly awarded half of the 2008 Nobel Prize in Physics for this work, with the other half going to Yoichiro Nambu.

Kobayashi was born and educated in Nagoya, Japan. He married Sachiko Enomoto in 1975; they had one son, Junichiro. After his first wife died, Kobayashi married Emiko Nakayama in 1990, they had a daughter, Yuka. 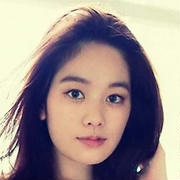 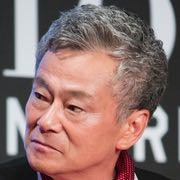 Percussionist and drummer from Japan, lives in the United States