Mahipal or (Mahipal Singh or Mahipal Bhandari) (1919 – 15 May 2005) was an Indian film actor who worked in Hindi cinema mostly in stunt films like Parasmani, Zabak, Cobra Girl, Jantar Mantar, Arabian nights themed movies such as Alibaba, Aladdin And The Wonderful Lamp, Roop Lekha, Sunehari Nagin, Hindu mythological movies like Sampoorna Ramayan, Ganesh Mahima, Veer Bhimsen, Jai Santoshi Maa. He is known for playing the iconic role of Lord Vishnu, and his two avatars, Lord Rama and Lord Krishna in lot of various puranic, Ramayana, Mahabharata, Bhagavata Purana based movies, besides playing Tulsidas and Abhimanyu, and is also best known as the lead in V. Shantaram's Navrang (1959), and the songs "Tu Chhupi Hai Kahan Me Tadapta Yahan" and "Aadha Hai Chandrama Raat Aadhi". He acted in several well-known films of the 1950s and 1960s including V. Shantaram's Navrang (1959) and Babubhai Mistry's Parasmani (1963).

He was born in Jodhpur, Rajasthan, where after his schooling, he graduated in literature from Jaswant Government College Jodhpur. Thereafter, he worked in the theatre before migrating to Mumbai in the early 1940s.

He made his film debut in the 1942 film Nazrana. However, the film didn't work, thereafter he wrote lyrics for V. Shantaram for four films. He went on to work with directors such as Sohrab Modi and later with the Wadia Brothers, Homi Wadia and J. B. H. Wadia, however, it was his work with V. Shantaram that got him lasting acclaim. He worked in several mythological and historical films with actresses such as Nirupa Roy, Mala Sinha and even Meena Kumari. He also did a series of fantasy films based on Arabian Nights, including Alibaba and 40 Thieves (1954), Aladdin Aur Jadui Chirag (1952) and Alibaba ka Beta (1955), which gave him popularity even in the Gulf countries. Later in his career, he switched to character roles, and appeared in films such as Jai Santoshi Maa (1975), a 1970s hit. He died in Mumbai of cardiac arrest, at the age of 86. He was survived by his wife Akkal Kunwar and daughters Shushila Jain and Nirmala Oswal.

The contents of this page are sourced from Wikipedia article on 27 Jul 2020. The contents are available under the CC BY-SA 4.0 license.
View Mahipal 's image gallery
Image Gallery 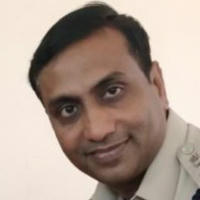 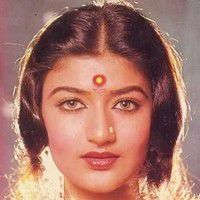