Mahaley Patel (née Hessam; born September 30, 1987) is an American actress best known for appearances in films Easy A, The DUFF, and Our Show.

Patel was born in Atlanta, Georgia as Mahaley Hessam. Her parents are Harriet and Tawab Hessam. Her father is from Afghanistan. She attended high school at Laurel Springs High School and college at Emory University and UCLA. Patel recently co-founded MaHolland Productions, which specializes in producing and developing socially relevant content. Patel is also an honors graduate of UCLA. She owns a boxer named Coco and, in her spare time, volunteers as a youth mentor with Red Eye Inc. Patel has had the same acting coach since she was in high school and said Lisina Stoneburner is one of the first people whom she calls when she lands a role. Patel attended UCLA where she got her first big break in Easy A. She married Indian-American actor Ravi Patel on 8 November 2015, with whom she has a daughter named Amelie, born 2016.. As of 2018, Patel attends Pepperdine University, and is working on her degree that specializes in Marriage and Family Therapy.

The contents of this page are sourced from Wikipedia article on 07 Aug 2020. The contents are available under the CC BY-SA 4.0 license.
comments so far.
Comments
From our partners
Sponsored
Reference sources
References
https://www.imdb.com/name/nm2122432/bio?ref_=nm_ov_bio_sm
http://wearetherealdeal.com/2014/11/18/interview-with-mtv-awkward-actress-mahaley-manning-happiness-comes-from-within/
http://dailybruin.com/2010/09/17/ucla_student_mahaley_hessam_got_her_big_break_as_nina_in_upcoming_film_easy_a/
https://www.charlotteobserver.com/entertainment/arts-culture/article230114509.html
https://www.linkedin.com/in/mahaley-patel-6a800b162
//www.google.com/search?&q=%22Mahaley+Patel%22+site:news.google.com/newspapers&source=newspapers
//scholar.google.com/scholar?q=%22Mahaley+Patel%22
https://www.jstor.org/action/doBasicSearch?Query=%22Mahaley+Patel%22&acc=on&wc=on
https://www.imdb.com/name/nm2122432/
Trending today in 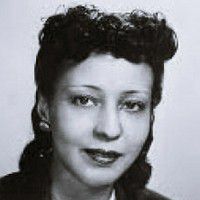 Prince of Kakheti in eastern Georgia