Magnus Haven is an alternative rock and pop band from Manila, Philippines. The band also described their music as a fusion of various musical genres with varying styles from one song to another.

The band is known for their hit song Imahe which is written by bassist Rey Maestro released in 2018.

According to the band membrs, the name Magnus Haven literally translates to "the greatest sanctuary".

The band originally started as an acoustic trio composed of childhood friends Louise Vaflor and Rey Maestro, together with Sean Espejo. Later on, they decided to forge a full-fledged band and held auditions for additional members wherein Rajih Mendoza and David Galang were then selected. The members were aged 18 to 23 when they started the band. 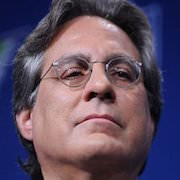