Maddalena Casulana (c. 1544 – c. 1590) was an Italian composer, lutenist and singer of the late Renaissance. She is the first female composer to have a whole book of her music printed and published in the history of western music.

Extremely little is known about her life, other than what can be inferred from the dedications and writings on her collections of madrigals. Most likely she was born at Casole d'Elsa, near Siena, from the evidence of her name. She received her musical education and early experiences in Florence.

Her first work dates from 1566: four madrigals in a collection, Il Desiderio, which she produced in Florence. Two years later she published in Venice her first actual book of madrigals for four voices, Il primo libro di madrigali, which is the first printed, published work by a woman in western music history. Also that year Orlando di Lasso conducted Nil mage iucundum at the court of Albert V, Duke of Bavaria in Munich; however the music has not survived.

She evidently was close to Isabella de' Medici, and dedicated some of her music to her. In 1570, 1583 and 1586 she published other books of madrigals, all at Venice. Sometime during this period she married a man named Mezari, but no other information is known about him, or where she (or they) were living. Evidently she visited Verona, Milan and Florence, based on information contained in dedications, and likely she went to Venice as well, since her music was published there and numerous Venetians commented on her abilities. She made at least one voyage to the French imperial court in the 1570s.

The following line in the dedication to her first book of madrigals, to Isabella de' Medici, shows her feeling about being a female composer at a time when such a thing was rare: "[I] want to show the world, as much as I can in this profession of music, the vain error of men that they alone possess the gifts of intellect and artistry, and that such gifts are never given to women."

Her style is moderately contrapuntal and chromatic, reminiscent of some of the early work by Marenzio as well as many madrigals by Philippe de Monte, but avoids the extreme experimentation of the Ferrara school composers such as Luzzaschi and Gesualdo. Her melodic lines are singable and carefully attentive to the text. Casulana favoured dramatic dialogue in her polyphonic vocal works. This is demonstrated in her madrigal, "Morte - Che vôi - Te Chiamo?", in which she alternates different voices to highlight the questions and answers of the text.

Other composers of the time, such as Philippe de Monte, thought highly of her; that Lassus conducted a work of hers at a wedding in Bavaria suggests that he also was impressed with her ability. A total of 66 madrigals by Casulana have survived.

This index provides a list of Casulana's works and a reference from the original publication. Available recordings are provided in the third column.

The contents of this page are sourced from Wikipedia article on 20 Mar 2020. The contents are available under the CC BY-SA 4.0 license.
View Maddalena Casulana 's image gallery
Image Gallery 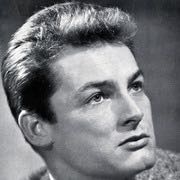