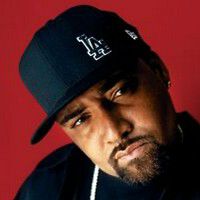 Dedrick D'Mon Rolison (born August 9, 1971), better known by his stage name Mack 10, is an American rapper and actor. He has sold nearly 11 million records independently combining his solo and group works. Mack 10 made his first appearance on Ice Cube's 1994 "Bootlegs & B-Sides" compilation on the remixed track "What Can I Do?" and was a member of hip hop supergroup Westside Connection along with Ice Cube and WC. Mack 10 is also the founder of independent record label Hoo-Bangin' Records and got his stage name from the Ingram MAC-10 submachine gun.

Mack 10 made his first appearance on Ice Cube's "Bootlegs & B-Sides" compilation on the track "What Can I Do? (Remix)"

Rolison is also the founder of independent record label Hoo-Bangin Records. He appeared with Ice Cube and W.C. in the 1996 all-star side project Westside Connection, and formed his own production company, Mack One-O, which signed the acts Allfrumtha-I and the Comrads.

His most recent album, 2009’s “Soft White” was released on his independent label Hoo-Bangin' Records and Fontana Distribution. The first single was "Big Balla" featuring Birdman and Glasses Malone.

Rolison married Tionne "T-Boz" Watkins, from R&B trio TLC in August 2000. They have one daughter born in October 2000.