Maciej Kot (Polish pronunciation: [ˈmat͡ɕɛj ˈkɔt]; born 9 June 1991) is a Polish ski jumper. He is a member of the national team and competed at the 2014 Winter Olympics in Sochi. He is a 2013 World Championship bronze medalist in the team large hill event.

Maciej Kot was born in Limanowa, Poland, but raised in Zakopane. His father Rafał was a physiotherapist for the Polish ski jumping team. Maciej's older brother Jakub (born 1990) is ski jumper as well. Maciej Kot is studying physical education at University School of Physical Education in Krakow. Kot's debut in FIS Ski Jumping World Cup took place in December 2007 in Villach. The 2011/2012 World Cup season marked first time he scored points on the tour. On December 3, 2011 took 19th place on the hill in Lillehammer. Finally made it twelve times that winter, his the best score it was 12th place (twice) in Lahti on March 4 and March 11 in Oslo. In the overall World Cup was on 35 position, which was the third best record among the Poles. On March 15, 2012 at Letalnica in Planica set his personal record in the length of the stroke – 200.5 meter.

On July 21, 2012 during the Summer Grand Prix competition in Wisla to jump them. Maciej Kot stood on the podium first time in occupations that rank alongside Simon Ammann and Wolfgang Loitzl. On September 30, 2012 in Hinzenbach again was the winner of the competition Summer Grand Prix, ahead of the second Severin Freund and third Taku Takeuchi. In the 2012 season the Summer Grand Prix finally came in fifth place. On January 1, 2013 in New Year competition 61st Four Hills Tournament in Garmisch-Partenkirchen was 5th. In two consecutive contests also take up space in the top ten. Finally, in the overall tournament he was, thanks to a weak performance in the competition in Oberstdorf, on the 20th position.

In individual competitions at FIS Nordic World Ski Championships 2013 took 11th place on the normal hill and 27th on the large hill. On March 2, 2013 he won there a bronze medal in team competition with teammates: Kamil Stoch, Dawid Kubacki, Piotr Żyła. The primary outcome of the competition his team took fourth place, but after re-counting the scores because of Thomas Morgenstern, who noticed a mistake in the points and at the request of the Germans, they finished in third place (Norway was in front of the Polish, but Bardal's jump was badly counted).

Season 2012/2013 was the best in his career. He was in top 10 seven times. The season ended on the 18th place in the overall World Cup. At the end of the season he won the title of team and individual Polish champion in ski jumping in Wisła, Poland.

On December 3, 2016 Polish national team including Żyła, Stoch, Kubacki and Kot won first competition in team for Poland in history.

Maciej Kot competed for Poland at the 2014 Winter Olympics in Sochi, Russia. He placed 7th on normal hill and 12th on large hill. 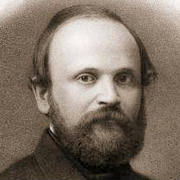