Matthew "Mac" McClung (born January 6, 2000) is an American college basketball player for the Georgetown Hoyas of the Big East Conference. A three-star recruit and among the top-ranked high school players in Virginia, McClung rose to national acclaim online in 2017 for his slam dunking ability.

McClung grew up in Gate City, Virginia, a small town of about 2,000 in the Tri-Cities metropolitan area straddling the Tennessee–Virginia border, where he initially began playing football—a sport that is far more popular than basketball in Southwest Virginia. Family members recalled in a 2018 interview that McClung was extraordinarily competitive as a child. His father Marcus said of him, "Mac was just born with it. If you’re fixing a bowl of cereal, he’s going to make a competition." His older sister Anna would add, "He would just come at you every day, no matter how small he was." His parents built a basement gym in their home, initially for Anna, but Mac would regularly use it as he grew up—though he was so competitive that his father would frequently ban him from the gym to allow Anna to work out undisturbed.

He received his first significant exposure to basketball just before entering the seventh grade, when his mother Lenoir signed him up for a local youth league. Scott Vermillion, who was McClung's coach at Gate City High School, recalled in 2018, "He ducked his head inside for a minute and basically never left." McClung soon became more interested in basketball and began training for the sport regularly, with hopes of making the National Basketball Association (NBA), and his father was silently pleased when he gave up football after his freshman year of high school. According to McClung, his shooting form improved after he broke his arm while snowboarding in eighth grade, and he honed the skill with Greg Ervin, the former head coach at Gate City High.

McClung first started dunking as a sophomore playing varsity basketball at Gate City High School. He grew in profile as an acrobatic dunker through the rest of his high school career. MaxPreps labeled him "one of nation's most exciting players." As a junior, on February 24, 2017, he scored a career-high 64 points in a loss to Dan River High School at the Virginia High School League (VHSL) Region 2A West tournament. It was the best scoring performance in school history and the highest among Virginia public schools since 1984. After the season, he was averaging 29.0 points, 5.5 assists, and 3.0 steals per game for the Blue Devils and was tabbed Southwest Virginia Boys' Basketball Player of the Year by the Bristol Herald Courier. In the summer, he committed to play for Rutgers in college.

Prior to his final high school season, on October 6, 2017, McClung decommitted from Rutgers. Over one week later, he committed to Georgetown. On December 12, he made his senior debut by scoring 47 points, shooting 18-of-23, in a 96–43 win over Lee High School. Among those in attendance was Georgetown head coach Patrick Ewing. On January 11, 2018, after opposing coach James Schooler reportedly told him "you're going to Georgetown to sit," McClung scored 44 points against Fern Creek High School of Louisville, Kentucky at the Arby's Classic tournament in Bristol, Tennessee. McClung broke the VHSL single-season scoring record previously held by Hall of Famer Allen Iverson during the 2018 VHSL regional playoffs on February 21, surpassing Iverson's record of 948 points in 25 games—five fewer than it took Iverson to amass the previous record. He ended his high school career with Gate City's first state championship, scoring 47 points in an 80–65 title-game win over Staunton's Robert E. Lee High. The 47 points broke a VHSL all-classes scoring record for a championship game that had been held by current NBA player J. J. Redick. McClung finished the season with 1,153 points and 2,801 for his career, also a VHSL all-classes record, and was again named Southwest Virginia Player of the Year by the Herald Courier. He won the slam dunk contest at the Ballislife All-American Game.

McClung had a total of five collegiate offers listed on 247Sports.com before committing to the Georgetown Hoyas of the Big East Conference on October 15, 2017. Coming into the 2018-2019 season, McClung was a true freshman for Georgetown. On December 22, 2018, he scored a season-high 38 points against the Little Rock Trojans in a 102–94 victory at Capital One Arena in Washington, D.C. Picked preseason by ESPN to finish eighth in the Big East Conference, the Hoyas finished in a four-way tie for third place in the 2018–2019 season with a conference record of 9–9. They then lost both their first game in the 2019 Big East Men's Basketball Tournament and in the first round of the 2019 National Invitation Tournament to finish the season with an overall record of 19–14. In February 2020, McClung missed several games with a foot injury. McClung only played 21 games due to the injury as a sophomore, averaging 15.7 points, 2.4 assists and 1.4 steals in 27 minutes per game. After the season, he declared for the 2020 NBA draft and signed with an NCAA certified agent to maintain his collegiate eligibility.

McClung was born on January 6, 2000, to Marcus and Lenoir McClung. According to a 2018 story in the ESPN web outlet The Undefeated, McClung "won his first battle" minutes after his birth. During the birth, his umbilical cord was tightly wrapped around his neck; his father recalled, "He was blue as a Smurf." The attending physicians quickly freed him, and he almost immediately recovered. His parents met at Virginia Tech, where Marcus played football and Lenoir was a cheerleader. His father went on to become an attorney, serving as Commonwealth Attorney for Scott County, Virginia as of 2018, while at that time his mother was teaching driver's education at Gate City High. According to a 2018 story in The Washington Post, as well as the aforementioned story in The Undefeated, his parents' background greatly aided the younger McClung in his athletic pursuits. His father served as trainer for much of his youth, and the family was also able to afford placing him on a Richmond-based AAU travel team. His sister Anna, who completed her high school soccer career as the VHSL's all-time goal scoring leader, went on to play the sport at Florida State and Tennessee, while his uncle Seth competed with two Major League Baseball (MLB) teams. His cousins Corein and Collette both played ice hockey at the professional level. 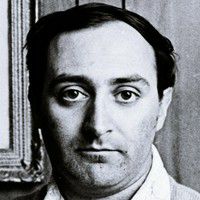