Born Mabel Holmes to James Holmes and Mabel Wood on 21 May 1912 in Mount Vernon, she graduated Brewster High School in 1929 as valedictorian, from Barnard College with an Arts degree in ancient history and a minor in psychology in 1933, then from Columbia University with a masters in education. Addis worked in a small rural one-room school in 1935. Two years later she moved to Hyatt Avenue School before moving finally in 1950 to the Katonah-Lewisboro School District where she taught until 1976. Addis was very active within her areas of expertise, working on history and book committees in the school district. She wrote articles for history, started an oral history collection, and was co-author on local history books Katonah: a History of a New York Village and Brewster Through the Years.

During the 1960s Addis worked with IBM and Boards of Cooperative Educational Services to develop The Sumerian Game, the first detailed text-based educational computer game, which allowed the player act as rulers of the Sumerian city of Lagash. She was the first writer of a computer game and first woman computer game designer.

Mabel Holmes married Alexander L. Addis in 1942 becoming Mabel Addis during her time as a teacher. She was widowed in 1981 and remarried Gerard Mergardt in 1991. Addis was widowed again in 1995 and died in 2004. 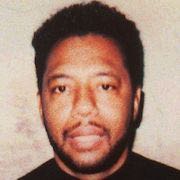