Kate Barker (née Clark; October 8, 1873 – January 16, 1935), better known as Ma Barker and sometimes as Arizona Barker as well as Arrie Barker, was the mother of several American criminals who ran the Barker-Karpis gang during the "public enemy era" when the exploits of gangs of criminals in the Midwest gripped the American people and press. She traveled with her sons during their criminal careers.

Barker gained a reputation as a ruthless crime matriarch who controlled and organized her sons' crimes. J. Edgar Hoover described her as "the most vicious, dangerous, and resourceful criminal brain of the last decade". She has been presented as a monstrous mother in films, songs, and literature. However, those who knew her insisted that she had no criminal role, and they allege that Hoover created such accusations to excuse the FBI for killing her. She was killed in a shootout with the FBI.

Barker's sons committed crimes as early as 1910, when Herman was arrested for highway robbery after running over a child in the getaway car. Over the next few years, Herman and his brothers were repeatedly involved in crimes of increasing seriousness, including robbery and murder. They were inducted into major crime by the Central Park gang. Herman died on August 29, 1927 in Wichita, Kansas, after a robbery and confrontation with police that left one officer dead. He shot the officer at point blank range in the mouth. He killed himself to avoid prosecution when he was seriously wounded after crashing his car. In 1928, Lloyd Barker was incarcerated in the federal penitentiary at Leavenworth, Kansas, Arthur "Doc" Barker was in the Oklahoma State Prison, and Fred was in the Kansas State Prison.

George is last listed living with his wife in the 1928 Tulsa city directory. Either she threw him out, as some say, or he left when life became intolerable with his criminal family. According to writer Miriam Allen deFord, George "gave up completely and quietly removed himself from the scene" after Herman's death and the imprisonment of his other sons. The FBI claimed that George left Ma because she had become "loose in her moral life" and was "having outside dates with other men". They noted that George was not a criminal, but he was willing to profit from his sons' crimes after their deaths by claiming their assets as next of kin. However, a family friend recalled that the couple argued about their children's "dissolute life". Arrie "countenanced their wrongdoings" while George refused to accept them. The crunch came when George refused to support Lloyd after his arrest, insisting that he should be punished for his crime. Arrie did everything that she could to get her sons off, no matter what they had done.

From 1928 to 1931, Ma lived in "miserable poverty" in a "dirt-floor shack" with no husband and no job, while all her sons were in jail. This may have been when she became "loose" with local men, as the FBI suggested. By 1930, she was living with a jobless man named Arthur W. Dunlop (sometimes spelled "Dunlap"). She is described as his wife on the 1930 census of Tulsa, Oklahoma. Things improved for her in 1931 after her son Fred was released from jail. He joined former prison-mate Alvin Karpis to form the Barker-Karpis gang. After a series of robberies, Fred and Karpis killed Sheriff C. Roy Kelly in West Plains, Missouri on December 19, 1931, an act that forced them to flee the territory. Ma and Dunlop traveled with them, using various false names during their itinerant crime career. A wanted poster issued at this time offered $100 reward for the capture of "Old Lady Arrie Barker" as an accomplice. After this, she was usually known to gang members as "Kate".

Arthur was released from prison in 1932 and joined Fred and Karpis, and the core gang was supplemented by other criminal associates. The gang moved to Chicago but decided to leave because Karpis did not want to work for Al Capone. Racketeer Jack Peifer suggested that they move to St. Paul, Minnesota which had a reputation at the time as a haven for wanted criminals. The Barker-Karpis gang's most infamous crimes were committed after the move to St. Paul, during their residency in a string of rented houses. The gang operated under the protection of St. Paul's police chief Thomas "Big Tom" Brown, and they went from being bank robbers to kidnappers under his guidance.

Ma's common-law husband Arthur Dunlop was said to be loose-lipped when drunk, and he was not trusted by members of the gang; Karpis described him as a "pain in the ass". While at one hideout, a resident identified the gang from photographs in True Detective magazine and told the police, but Chief Brown tipped them off and they escaped. The gang apparently believed that Dunlop's loose lips had given them away, and they murdered him while traveling. His naked body was found near Webster, Wisconsin with a single bullet wound to the head. Chief Brown's involvement in the gang's escape could not be proven, but he was demoted to the rank of detective and was later dismissed from the police force altogether.

The gang relocated to Menomonie, Wisconsin, and Fred Barker hid Ma in a variety of hotels and hideouts during their stay there. The purpose was to keep her from learning much about the gang's crimes, as well as to separate her from their girlfriends, with whom she did not get along. The FBI later claimed that she would try to break up any relationships, so that "other women in the gang" did their best to avoid her. By 1933, most of the gang were back in St. Paul where they carried out two kidnappings of wealthy businessmen. They obtained $100,000 in ransom by abducting William Hamm, then arranged the kidnapping of Edward Bremer which netted them a $200,000 ransom. The FBI first connected the gang to the William Hamm kidnapping by using a new method of latent fingerprint identification. The gang decided to leave St. Paul with the FBI on the case and without Tom Brown supplying information; they moved to the Chicago area, renting apartments for Ma while they tried to launder the ransom.

FBI agents discovered the hideout of Barker and her son Fred after Arthur was arrested in Chicago on January 8, 1935. A map found in his possession indicated that other gang members were in Ocklawaha, Florida. The FBI soon located the house where the gang was staying after identifying references to a local alligator named "Gator Joe", who had a taste for gangsters, but not for cops, mentioned in a letter sent to Doc. They had rented the property under the pseudonym "Blackburn", claiming to be a mother and sons wanting to vacation in a country retreat.

Agents surrounded the house at 13250 East Highway C-25 on the morning of January 16, 1935. The FBI were not aware that Karpis and other gang members had left three days before, leaving only Fred and Ma in the house. The agents ordered them to surrender, but Fred opened fire; both he and his mother were killed by federal agents after an intense, hours-long shootout. Allegedly, many local people came to watch the events unfolding, even holding picnics during the gunfire. Gunfire from the house finally stopped, and the FBI ordered local estate handyman Willie Woodbury to enter the house wearing a bulletproof vest. Woodbury reported that there was no one inside alive.

Both bodies were found in the same front bedroom. Fred's body was riddled with bullets, but Ma appeared to have died from a single bullet wound. According to the FBI's account, a Tommy gun was found lying in her hands. Other sources say that it was lying between the bodies of Ma and Fred. Their bodies were put on public display, and then stored unclaimed until October 1, 1935, when relatives had them buried at Williams Timberhill Cemetery in Welch, Oklahoma, next to the body of Herman Barker.

Controversy over leadership of Barker gang

The popular image of Ma as the gang's leader and its criminal mastermind is often portrayed in films such as Ma Barker's Killer Brood (1960), Bloody Mama (1970), and Public Enemies (1996). However, this is widely regarded by historians as fictitious, and some have been skeptical that she participated in the shoot-out in which she died. Karpis has suggested that the story was encouraged by J. Edgar Hoover and his fledgling Federal Bureau of Investigation (FBI) to justify his agent's killing an old woman. After her death, Hoover claimed that Ma Barker was "the most vicious, dangerous, and resourceful criminal brain of the last decade". He also claimed that she enjoyed the lifestyle that was the fruit of her sons' crimes and supposedly had a string of lovers.

Ma Barker's children were murderers and their Barker–Karpis gang committed a spree of robberies, kidnappings, and other crimes between 1931 and 1935, but there is no conclusive proof that Ma was their leader. She certainly knew of the gang's activities and even helped them before and after they committed their crimes, and this made her an accomplice, but there is no evidence that she was involved in planning them. Her role was in taking care of gang members, who often sent her to the movies while they committed crimes. According to Claire Bond Potter, "Her age and apparent respectability permitted the gang to hide out 'disguised' as a family. As 'Mrs. Hunter' and 'Mrs. Anderson', she rented houses, paid bills, shopped, and did household errands." Alvin Karpis was probably the real leader of the gang, and he later said that Ma was just "an old-fashioned homebody from the Ozarks… superstitious, gullible, simple, cantankerous and, well, generally law abiding". He concluded:

The most ridiculous story in the annals of crime is that Ma Barker was the mastermind behind the Karpis-Barker gang…. She wasn't a leader of criminals or even a criminal herself. There is not one police photograph of her or set of fingerprints taken while she was alive… she knew we were criminals but her participation in our careers was limited to one function: when we traveled together, we moved as a mother and her sons. What could look more innocent?

This view of Ma Barker is corroborated by notorious bank robber Harvey Bailey, who knew the Barkers well. He observed in his autobiography that Ma Barker "couldn't plan breakfast" let alone a criminal enterprise. Writer Tim Mahoney argues that the real force behind the gang was the corrupt St. Paul law-enforcement system, especially under Police Chief Tom Brown. Before they met him, the gang were nothing more than a "bumbling band of hillbilly burglars" who would have been captured or killed long before becoming nationally notorious. "Had the Barker gang never come under Brown's protection, Ma Barker might have died lonesome in the Ozarks, an impoverished obscure widow."

(Of Barker-Karpis gang/associates: 19 arrested; 4 killed by lawmen; 3 killed by gangsters)

The contents of this page are sourced from Wikipedia article on 21 Jun 2020. The contents are available under the CC BY-SA 4.0 license.
View Ma Barker 's image gallery
Image Gallery

Controversy over leadership of Barker gang 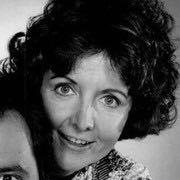 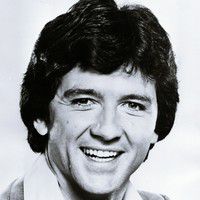