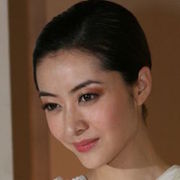 Born in Nanjing, China, Hung moved her base of modeling activities to Hong Kong in 2006 and began working there mainly in the runway scene, becoming known as a top model, and beginning her acting career in 2008.

She became well known as the girlfriend of Aaron Kwok, a singer known as one of Hong Kong's "Four Heavenly Kings" from 2006 to 2013.

Hung was born in Nanjing, China with family roots in Guizhou, China in 10 October 1980. She later studied costume design and performing arts at Soochow University.

In 1999, Hung developed her career in Shanghai and became the second runner-up in the "China National Model Competition". In 2002 she received the "Best Fashion Model" and the "China Top Ten Models" awards.

In 2008, Hung went to Hong Kong and started her acting career in the award-winning film Ip Man starring alongside Donnie Yen. She later appeared in films such as All's Well, Ends Well 2010, Ip Man 2, My Sassy Girl 2, and Ip Man 3.

She has also acted in Material Queen alongside Vanness Wu in 2011.

She has also been filming the show If You Love a Chinese season 2 with Korean actor and entertainer Lee Kwang-soo, who is best known as a cast member of the variety show Running Man.

Hung had been in a serious relationship with Aaron Kwok since 2006. In 2012, when Aaron Kwok was planning his engagement to Lynn, her father Fan Tao was hospitalised for liver cancer, so it was postponed indefinitely. Fan later died in January 2013.

The contents of this page are sourced from Wikipedia article on 09 Mar 2020. The contents are available under the CC BY-SA 4.0 license.
View Lynn Hung 's image gallery
Image Gallery 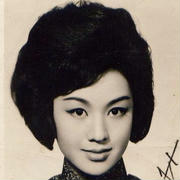