Harrell was born to musician parents in New York City: his father was the baritone Mack Harrell and his mother, Marjorie McAlister Fulton (1909–1962), was a violinist. At the age of eight, he decided to learn to play the cello. When he was 12, his family moved to Dallas, Texas, where he studied with Lev Aronson (1912–1988). After attending Denton High School, Harrell studied at the Juilliard School in New York with Leonard Rose and then at the Curtis Institute of Music in Philadelphia with Orlando Cole. He made his debut in 1961 playing with the New York Philharmonic Orchestra at Carnegie Hall.

In 1960, when Harrell was 15, his father died of cancer. In November 1962, when he was 18, his mother died from injuries sustained from a two-vehicle crash while traveling from Denton to Fort Worth with pianist Jean Mainous to perform a recital; she was violinist in residence (faculty) at the University of North Texas College of Music, .

Just before his mother had died, in April 1962, Harrell had withdrawn from Denton High School in his junior year to advance to the semifinals of the Second International Tchaikovsky Competition in Moscow.

After losing his mother, as Harrell put it, "I moved around to different family friends' houses with my one suitcase and cello until [after] I was 18, when I joined the Cleveland Orchestra. In part, I got that job because [its conductor] George Szell knew my father through their collaboration at the Metropolitan Opera." Harrell was a cellist with the Cleveland Orchestra and its principal cellist from 1964 to 1971.

Harrell made his recital debut in New York in 1971, and since then has performed internationally as a recitalist, chamber musician, and soloist with orchestras. He has been at several music schools and conservatories, including the Royal Academy of Music in London, the Aspen Music Festival, the Cleveland Institute of Music, and the Juilliard School. He served as the Music Director of the Los Angeles Philharmonic Institute from 1988–1992. From 1986–1993, he held the post of "Gregor Piatigorsky Endowed Chair in Violoncello" at the USC Thornton School of Music in Los Angeles; he was only the second person to ever hold the title, following Piatigorsky himself. Most recently he was on the faculty of the Shepherd School of Music at Rice University until his retirement in the spring of 2009. His wife is the violinist Helen Nightengale; they have two children, Hanna and Noah. He has twin children from his first marriage to the journalist and writer Linda Blandford—Kate, an actress and yoga teacher, and Eben, a journalist, both of whom live and work in London.

Harrell previously played a 1720 Montagnana cello he bought with the proceeds of his parents' estate and also a 1673 Antonio Stradivarius cello that belonged to the late British cellist Jacqueline du Pré. His current instrument is a 2008 cello by Christopher Dungey.

From 1985–1993 he held the International Chair for Cello Studies at the Royal Academy of Music (RAM) in London and in 1993 he became Principal of the RAM, a post he held until 1995.

On April 7, 1994, he appeared at the Vatican with the Royal Philharmonic Orchestra conducted by Gilbert Levine in the Papal Concert to Commemorate the Shoah. The audience for this historic event, which was the Vatican's first official commemoration of the Holocaust, included Pope John Paul II and the Chief Rabbi of Rome.

In 2001, the Dallas Symphony Orchestra established the Lynn Harrell Concerto Competition in his honor. The competition's mission is to identify and encourage the highest level of young musical talent in the South Central United States. The competition is open to string players and pianists, aged 18 and under, from Texas, New Mexico, Oklahoma, Arkansas, and Louisiana.

In 2012, Harrell was kicked out of the Delta Frequent Flyer program after eleven years. Harrell always buys a second seat for his multimillion-dollar cello, usually at full fare. Delta claimed that Harrell could not accrue miles for these purchases. In a letter, they terminated his membership, confiscated all existing miles and awards in his account, and banned him for life.

The contents of this page are sourced from Wikipedia article on 08 Mar 2020. The contents are available under the CC BY-SA 4.0 license.
View Lynn Harrell 's image gallery
Image Gallery 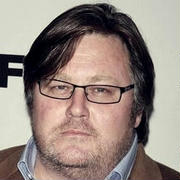 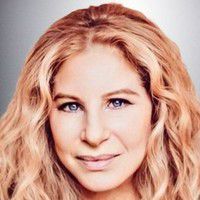 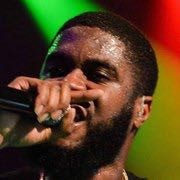