Lynn B. Dean (born December 22, 1923) is a boat manufacturer from St. Bernard Parish, Louisiana, who served from 1996 to 2004 as a Republican member of the Louisiana State Senate for District 1 (Jefferson, Plaquemines, and St. Bernard parishes). The district embraces a portion of the New Orleans suburbs, including the lower southeastern coastal parishes of Plaquemines and St. Bernard, once the domain of the legendary political boss Leander H. Perez.

Dean's first elective office was as a member of the St. Bernard Parish School Board. In 1987, Dean ran unsuccessfully for the state Senate in a seven-candidate field. He finished second to the incumbent Democrat, Samuel B. Nunez, Jr., then the State Senate President and a former member of the Louisiana House of Representatives. Nunez won outright in the nonpartisan blanket primary with just under 51 percent of the ballots cast.

In 1991, Dean was elected President of St. Bernard Parish, a new office equivalent to a combined County Executive and mayoral position. He defeated the Democrat Floyd J. Landry, 17,276 (53 percent) to 15,289 (47 percent) in the general election. With nearly 34 percent of the ballots, Dean had led in the primary; Landry trailed with 28 percent.

Dean served on the Education and Environmental Quality committees in the state Senate and was vice-chairman of the Retirement Committee.

Business-oriented and something of a libertarian, Dean did not support social conservatives in his own party on several issues. In 1997, Senator Phil Short of St. Tammany Parish introduced Senate Bill 37 to remove sexual orientation from the state's hate crimes law. Short's amendment was defeated in April and again in May of that year, the second time without a vote being taken. Several of Short's fellow Republican senators, including Dean, Ken Hollis of Metairie in Jefferson Parish, and Ron Bean of Shreveport, joined Democrats in speaking against the bill.

In May 2003, Dean authored legislation to repeal Louisiana's anti-sodomy law. The measure would have declared legal private, consensual sexual acts that had previously been defined in Louisiana law as a "crime against nature." Before Dean's measure could gain full consideration, it was rendered moot by the United States Supreme Court in the decision Lawrence v. Texas, which on June 26, 2003, struck down anti-sodomy measures in the remaining fourteen states which still had them.

As a freshman member, Dean introduced a "Death with Dignity" law modeled after the legislation in Oregon, an action opposed by right-to-life groups. No action was taken on the measure.

In 2002, Dean supported higher tobacco taxes, a 12-cent per pack increase in cigarette prices. He claimed that fewer people smoke as the prices rise, and he argued that state taxpayers should not be billed for excessive health costs of smokers.

In 2003, former parish president and retiring Senator Dean sought to run for the at-large seat in the eastern division on the St. Bernard Parish Council, but his candidacy was initially rejected by the Louisiana Fourth Circuit Court of Appeals, which declared him to be a resident of Plaquemines Parish, instead of St. Bernard. Dean's mailing address, 101 Dean Drive, in Braithwaite is ten feet within Plaquemines Parish, but his nearby boat manufacturing plant, which contains an apartment, is at 900 St. Bernard Parkway in St. Bernard Parish. He had always voted in St. Bernard Parish and considered that parish his residence. Ultimately, the Louisiana Supreme Court allowed Dean to run, and he won the seat in the 2003 general election over Democrat Joseph "Joe" Gallodoro. Dean did no campaigning for the council position other than writing a column in the St. Bernard News. Dean defeated Gallodoro, 12,922 (52.7 percent) to 11,601 (47.3 percent).

On the parish council, Dean opposed hiring attorneys to fight a federal court order striking down rental regulations in St. Bernard Parish, accented during the aftermath of Hurricane Katrina. The regulations prohibited home rentals to anybody but blood relatives of the owner of the property. The court held such restrictions discriminatory. "Our parish is broke," Dean warned in 2006, "We are going to hire an attorney, and when it's all over with, we are going to lose."

Dean did not seek a second term on the parish council in 2007 and was succeeded by a Democrat, Tony "Ricky" Melerine.

Dean was born in Big Lake in Mississippi County in eastern Arkansas, the son of Orin Franklin Dean, Sr., and the former Lucy Blackquell He graduated from Warren Easton High School in New Orleans and the U.S. Maritime Engineering Officers School. He and his wife, the former Jacqueline Miles have four children, Nettie, Lenda Perez, Douglas, and Cherry. A fifth child, Gary, is deceased. Douglas Dean (born 1951). ran unsuccessfully for District E seat on the parish council in the same 1995 election in which his father unseated Senator Samuel Nunez. Douglas Dean polled 2,280 votes (46.5 percent) to 2,625 (53.5 percent) for the Independent Henry Rodriguez, Jr.

Nunez and Dean remained on friendly terms through their political campaigns. They were both honorary chairmen of the board of directors of the Nunez Community College Foundation. The institution, located in Chalmette, is named for Elaine P. Nunez, the wife of Senator Nunez. 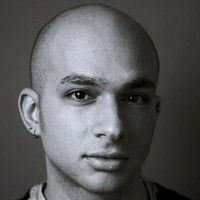 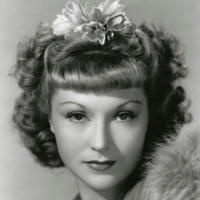