Lynn Cartwright (February 27, 1927 – January 2, 2004) was an American character actress known for her performance as the older version of Geena Davis' character, Dottie Hinson, in the 1992 film A League of Their Own.

Cartwright was chosen for the role in A League of Their Own not just because she closely resembled Geena Davis, but also because many of her mannerisms were similar.

Cartwright was married to actor/writer Leo Gordon from February 14, 1950, until his death on December 26, 2000. She had a daughter, Tara, and a stepdaughter.

She died from complications of dementia on January 2, 2004, aged 76, after a fall in which she fractured her hip. Her ashes were interred in Hollywood Forever Cemetery.

The contents of this page are sourced from Wikipedia article on 27 Oct 2020. The contents are available under the CC BY-SA 4.0 license.
View Lynn Cartwright 's image gallery
Image Gallery 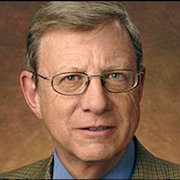