Lynda Wilson (born 1960) is an American politician currently serving in the Washington State Senate representing the 17th legislative district. A member of the Republican Party, she previously served one term Washington State House of Representatives having defeated Democrat and current state representative Monica Stonier in 2014. In 2016, she left the State House to run for a Washington State Senate seat being vacated by Republican Don Benton against Democrat Tim Probst. Wilson represents herself as a strong conservative and has a lifetime rating of 89% from the American Conservative Union (ACU) where outgoing State Senator Don Benton has an ACU rating of 79%.

The contents of this page are sourced from Wikipedia article on 07 Aug 2020. The contents are available under the CC BY-SA 4.0 license.
comments so far.
Comments
From our partners
Sponsored
Reference sources
References
http://www.columbian.com/news/2014/nov/10/monica-stonier-lynda-wilson-17th-district-election/
http://acuratings.conservative.org/wp-content/uploads/sites/5/2016/01/Washington_2015_web1.pdf
http://lyndawilson.src.wastateleg.org
Trending today in 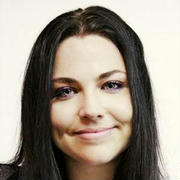 Governor of the U.S. state of North Carolina