Lutz Mommartz moved with his parents to Düsseldorf in 1937. From 1952 to 1975 he worked at local government administration of Düsseldorf as an inspector. Since 1967, when he gave up painting, Lutz Mommartz began shooting 16mm films. In the same year, he won a world-famous filmpreis with his film "Selbstschüsse" at the international experimental film festival in Knokke-le-Zoute, Belgium. On 1 October 1975 he founded a film class at the Kunstakademie Düsseldorf, Department of Kunsterzieher Münster. In 1977, he received the Federal Film Prize in silver for Beckett and 1978 the same for The Garden of Eden. In 1978 he received the professorship for film at the Künstakademie Münster. He is currently working on securing and distributing his archive.

Lutz Mommartz lives and works today in Düsseldorf, from 2001 to 2011 also in Berlin. 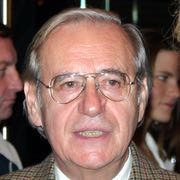