Luton Shelton (born 11 November 1985 in Kingston, Jamaica) is a Jamaican footballer who plays as a striker or winger.

He made his international debut for Jamaica in 2004, and earned 75 caps, scoring a record 35 goals and playing at three CONCACAF Gold Cups.

Shelton started his career in the club youth system before becoming a first regular by the age of 18. While at Harbour View he won the CFU Club Championship and the National Premier League. He was also recognised as youth player of the year during his tenure.

In August 2005 Shelton was due to move to Football League Championship club Burnley after a successful pre-season trial. They attempted to sign Shelton, but a work permit was rejected, and in August 2006 he joined Helsingborg for about £100,000. During the 2006 season, he scored nine goals in 19 games in the Swedish Allsvenskan, despite playing only irregularly due to repeated injuries. He scored a total of 17 goals in 28 competitive matches, including five goals in four Swedish Cup matches on the way to Helsingborg's victory in the competition. His 120th-minute equaliser against to-be league champions Elfsborg in the quarter-final, which Helsingborg won 5–3 after a penalty shootout (4–4 after extra time), and the 1–0 goal in the final against Gefle, were two of his highlights at the club.

Despite being signed amidst much fanfare, Shelton did not make his full début until April 2007 in a 2–0 loss to Manchester United at Old Trafford. He made only three more appearances for the Blades in the Premiership that season as they unsuccessfully battled to avoid relegation.

With the arrival of James Beattie and Billy Sharp at Bramall Lane during the close season he found games no more easy to come by under new manager Bryan Robson. Initially limited to cup appearances, he scored his first competitive goals for the club, netting twice in a 5–0 League Cup win over Morecambe in September 2007.

As the team struggled he began to see more first team action, but was unable to turn appearances into goals, scoring only twice more that season, against Manchester City in the FA Cup and Colchester in the league. With the arrival of new manager Kevin Blackwell Shelton was sidelined once more.

On 24 July 2008, it was announced that Shelton had been sold to Norwegian side Vålerenga, playing in the Tippeligaen, for around £1m.

On 4 August 2011, Shelton was transferred to Karabükspor.

In 2013, Shelton moved to FC Volga Nizhny Novgorod in Russia.

In April 2015, Shelton went on trial with MLS side Colorado Rapids.

Shelton returned to Harbour View at the beginning of 2017, after being out of the game for two-years with injury, scoring on his debut.

Shelton has been capped at U-17, U-20, U-23 and national level for Jamaica. He scored his 25th goal for Jamaica vs Guadeloupe. He is one of the only men on the planet to score 4 goals on his début. In June 2008 he scored five goals in two 2010 FIFA World Cup qualifying games for Jamaica against the Bahamas. Later the same month, he scored two goals as Jamaica won 7–0 and scored a hat-trick as Jamaica won 6–0. Shelton was also the top goal scorer in 2010 CONCACAF World Cup qualification matches with seven goals. On 31 January 2010, Shelton scored in a friendly match against Canada to equal Paul Young as Jamaica's all-time leading goalscorer with 28 goals. On 27 November 2010, Shelton became Jamaica's all-time leader scorer with 30 goals after scoring two goals versus Antigua. Jamaica shocked United States 2–1 on to seize the lead in their group in the semi-final round of 2014 FIFA World Cup Brazil™ qualifying in the CONCACAF Zone. Goals from Rodolph Austin and Luton Shelton overcame Clint Dempsey's first-minute strike for the Americans as Jamaica posted their first victory over the US in 19 matches. Shelton also holds the Bundesliga 2 record in the 40 meters with a time of 4.59 seconds.

Luton Shelton has a younger brother, Shamar, who played college soccer for the 2009 NAIA National Champions Lindsey Wilson College then transferred to the University of Cincinnati to compete in the Big East Conference. Shamar, who have been successful at every level of school-boy football from high school to college also played for Harbour View F.C. and the Jamaica national U20 youth teams. Luton is also a close friend with senior national teammate Adrian Reid, who shared an Oslo apartment with Shelton, while on loan to Lillestrom in Norway.

In 2018, it was announced that Shelton has been battling ALS or Lou Gehrig's disease. 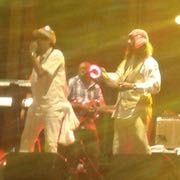 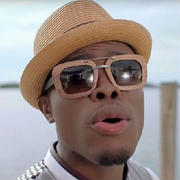