Gamal Kosh Lewis (born January 11, 1988), better known as LunchMoney Lewis, is an American rapper, singer, songwriter, and record producer. He is best known for his 2015 single "Bills", which topped the charts in Australia and peaked within the top 10 in New Zealand and the UK.

Gamal Lewis was born in Miami, Florida, on January 11, 1988. His father, Ian Lewis, and uncle, Roger Lewis, are both members of the Jamaican reggae group Inner Circle and have a recording studio, Circle House, where artists including Flo Rida and Lil Wayne have recorded. While a teenager, Lewis was given the nickname "LunchMoney" and his start in songwriting by American hip hop producer Salaam Remi.

Lewis began working with Dr. Luke as a producer and first broke into wide recognition as a rapper after appearing on the song "Trini Dem Girls" from Nicki Minaj's 2014 album The Pinkprint. He also co-wrote Jessie J's single "Burnin' Up" from her album Sweet Talker, and Fifth Harmony's single "Boss" from the album Reflection. In 2015, he released his debut single as a solo artist, "Bills", which peaked at 79 on the Billboard Hot 100 and peaked at number one on the ARIA Charts.

After the success of the Bills EP, Lewis was inspired to go back into the studio and started to write more music. In August 2015, his first song outside of the Bills EP project, entitled "Whip It!", featuring vocals form Chloe Angelides, was released. It later was accompanied by a music video which was released on September 15, 2015.

Then, in December 2015, a second song was released, entitled "Ain't Too Cool", on December 11, 2015. The song later featured in the 2015 video game Madden NFL 16. This sparked much interest on Lewis writing up his debut album.

Coming into 2016, Lewis took part in many collaborations. He featured vocals in Yo Gotti's 2016 single "Again" and collaborated alongside Meghan Trainor on her promotional song "I Love Me" from her 2016 album Thank You.

On April 2, 2017, he joined Pitbull and Flo Rida in performing "Greenlight" at WrestleMania 33. 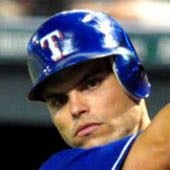