Luke Wilkins (born 27 December, 1989) is an Australian professional baseball pitcher for the Sydney Blue Sox of the Australian Baseball League.

After many years playing for New South Wales at junior level, in 2008 Wilkins began his overseas playing career at Clarendon College, a division 1 NJCAA college in Texas. In two years at Clarendon, he posted a 7–2 record with a 8.02 ERA over 28 appearances.

Following his sophomore year with Clarendon, Wilkins returned to Australia and as a 20 year old made his debut in the Australian Baseball League for the Canberra Cavalry in their inaugural season. In limit appearances for the Cavalry he had a turbulent start to his career, posting a 32.40 ERA in four games, including one start.

From the 2011–12 Australian Baseball League season onwards, he signed with his hometown Sydney Blue Sox. In 2013, he posted what would have been the ABL's best ever ERA of 0.28 in 21 appearances out of the bullpen. However, his 32⅔ innings pitched was four innings under the league minimum for recognised statistics.

The following season, he was moved to the Blue Sox starting rotation, until 2019–20 when he was moved back to the bullpen. In ten ABL seasons and 104 appearances, he holds a 21–17 record with 3.96 ERA.

Outside of his Australian Baseball League career, Wilkins pitched in the Frontier League for the Washington Wild Things in 2015 and 2016 and played for three different teams in the American Association in 2019.

Wilkins was selected as a member of the Australia national baseball team for the 2019 WBSC Premier12.

The contents of this page are sourced from Wikipedia article on 17 Apr 2020. The contents are available under the CC BY-SA 4.0 license.
comments so far.
Comments
From our partners
Sponsored
Reference sources
References
https://www.njcaa.org/sports/bsb/2009-10/div1/teams/ClarendonCollege/players/LukeWilkins.html
https://baseball.com.au/news/boral-team-australias-premier12-roster-announced/
https://www.baseball-reference.com/minors/player.cgi?id=wilkin000luk 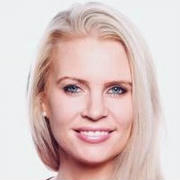