Luis Ramírez de Lucena (c. 1465 – c. 1530) was a Spanish chess player who published the first still-existing chess book. He was probably the son of the humanist writer and diplomat Juan de Lucena, from a family of Jews who converted to Roman Catholicism. A page from his book

Lucena wrote the oldest surviving printed book on chess, Repetición de Amores y Arte de Ajedrez con 101 Juegos de Partido ("Repetition of Love and the Art of Playing Chess"), published in Salamanca in 1497. The book contains analysis of eleven chess openings but contains many elementary errors that led chess historian H. J. R. Murray to suggest that it was prepared in a hurry. The book was written when the rules of chess were taking their modern form (see origins of modern chess), and some of the 150 positions in the book are of the old game and some of the new. Fewer than a dozen copies of the book exist.

The Lucena position is named after him, even though it does not appear in his book. (It was first published in 1634 by Alessandro Salvio.) The smothered mate (later named Philidor's legacy) is in the book. 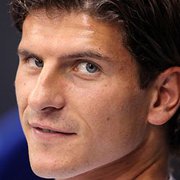 Friend of Tsarina Alexandra Fyodorovna of Russia; author of memoirs about the Romanovs.