Luís Vaz de Camões (Portuguese pronunciation: [luˈiʒ ˈvaʒ dɨ kaˈmõjʃ]; sometimes rendered in English as Camoens or Camoëns (e.g. by Byron in English Bards and Scotch Reviewers), /ˈkæm oʊˌənz/; c. 1524 or 1525 – 20 June [O.S. 10 June] 1580), is considered Portugal's and the Portuguese language's greatest poet. His mastery of verse has been compared to that of Shakespeare, Vondel, Homer, Virgil and Dante. He wrote a considerable amount of lyrical poetry and drama but is best remembered for his epic work Os Lusíadas (The Lusiads). His collection of poetry The Parnasum of Luís de Camões was lost in his lifetime. The influence of his masterpiece Os Lusíadas is so profound that Portuguese is sometimes called the "language of Camões".

Many details concerning the life of Camões remain unknown, but he is thought to have been born around 1524. Luís Vaz de Camões was the only child of Simão Vaz de Camões and wife Ana de Sá de Macedo. His birthplace is unknown. Lisbon, Coimbra or Alenquer are frequently presented as his birthplace, although the latter is based on a disputable interpretation of one of his poems. Constância is also considered a possibility as his place of birth: a statue of him can be found in the town.

Camões belonged to a family originating from the northern Portuguese region of Chaves near Galicia. At an early age, his father Simão Vaz left his family to pursue personal riches in India, only to die in Goa in the following years. His mother later remarried. Camões lived a semi-privileged life and was educated by Dominicans and Jesuits. For a period, due to his familial relations he attended the University of Coimbra, although records do not show him registered (he participated in courses in the Humanities). His uncle, Bento de Camões, is credited with this education, owing to his position as Prior at the Monastery of Santa Cruz and Chancellor at the University of Coimbra. He frequently had access to exclusive literature, including classical Greek, Roman and Latin works, read Latin, Italian and wrote poetry in Spanish. Camões, as his love of poetry can attest, was a romantic and idealist. It was rumored that he fell in love with Catherine of Ataíde, lady-in-waiting to the Queen, and also Princess Maria, sister of John III of Portugal. It is also likely that an indiscreet allusion to the king in his play El-Rei Seleuco, as well as these other incidents may have played a part in his exile from Lisbon in 1548. He traveled to the Ribatejo where he stayed in the company of friends who sheltered and fed him. He stayed in the province for about six months.

He enlisted in the overseas militia, and traveled to Ceuta in the fall of 1549. During a battle with the Moors, he lost the sight in his right eye. He eventually returned to Lisbon in 1551, a changed man, living a bohemian lifestyle. In 1552, during the religious festival of Corpus Christi, in the Largo do Rossio, he injured Gonçalo Borges, a member of the Royal Stables. Camões was imprisoned. His mother pleaded for his release, visiting royal ministers and the Borges family for a pardon. Released, Camões was ordered to pay 4,000 réis and serve three years in the militia in the Orient.

He departed in 1553 for Goa on board the São Bento, commanded by Fernão Alves Cabral. The ship arrived six months later. In Goa, Camões was imprisoned for debt. He found Goa "a stepmother to all honest men" but he studied local customs and mastered the local geography and history. On his first expedition, he joined a battle along the Malabar Coast. The battle was followed by skirmishes along the trading routes between Egypt and India. The fleet eventually returned to Goa by November 1554. During his time ashore, he continued his writing publicly, as well as writing correspondence for the uneducated men of the fleet.

At the end of his obligatory service, he was given the position of chief warrant officer in Macau. He was charged with managing the properties of missing and deceased soldiers in the Orient. During this time he worked on his epic poem Os Lusíadas ("The Lusiads") in a grotto. He was later accused of misappropriations and traveled to Goa to respond to the accusations of the tribunal. During his return journey, near the Mekong River along the Cambodian coast, he was shipwrecked, saving his manuscript but losing his Chinese lover, Dinamene. His shipwreck survival in the Mekong Delta was enhanced by the legendary detail that he succeeded in swimming ashore while holding aloft the manuscript of his still-unfinished epic.

In 1570 Camões finally made it back to Lisbon, where two years later he published Os Lusíadas, for which he was considered one of the most prominent Iberian poets at the time. In recompense for this poem or perhaps for services in the Far East, he was granted a small royal pension (15000 réis) by the young and ill-fated King Sebastian (ruled 1557–1578).

In 1578 he heard of the appalling defeat of the Battle of Alcácer Quibir, where King Sebastian was killed and the Portuguese army destroyed. The Castilian troops were approaching Lisbon when Camões wrote to the Captain General of Lamego: "All will see that so dear to me was my country that I was content to die not only in it but with it". Camões died in Lisbon in 1580, at the age of 56. The day of his death, 10 June OS, is Portugal's national day. He is buried near Vasco da Gama in the Jerónimos Monastery in the parish of Belém in Lisbon.

Effigy of Luís de Camões in the Monument to the Discoveries, in Lisbon, Portugal.
The contents of this page are sourced from Wikipedia article. The contents are available under the CC BY-SA 4.0 license.
comments so far.
Comments
From our partners
Sponsored 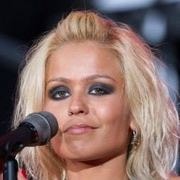