Abinader was born in Santo Domingo on July 12, 1967. His parents are from the Cibao region, his mother is Rosa Sula Corona Caba, a white Dominican of Canarian colonial lineage from the province of La Vega. His father is the businessman and political leader José Rafael Abinader, a Dominican of Lebanese origin and a native of the Monte Cristi province.

He was elected vice president of the Dominican Revolutionary Party in its 2005 National Convention.

He is currently Executive Chairman of ABICOR Group, which has developed and operated major tourism projects in the country. This family group led the business plan of what is today the company Cementos Santo Domingo, of which he is Vice President.

He is member of the Board of Directors of the O&M University's Foundation.

He was recognized by the Rhode Island General Assembly for his career in public service, education, and business. He also received acknowledgments from the City Hall of Boston and the Massachusetts Senate for his contributions to higher education, civic engagement, and community service.

Abinader was the vice-presidential candidate of the Dominican Revolutionary Party in the 2012 election and in 2005 was pre-candidate for senator from the province of Santo Domingo.

He was the presidential candidate of the Dominican Humanist Party and the Modern Revolutionary Party for the past general elections on 15 May 2016.

Abinader was, along with Soraya Aquino, one of the two presidential candidates in 2016 who had not been born during the dictatorship of Rafael Trujillo (1930-1961). Giuliani Partners, specifically Rudy Giuliani and John Huvane, advised Abinader in the campaign as security consultants.

Abinader successfully ran for President in the 2020 election. Rudy Giuliani and John Huvane once again advised Abinader in the campaign as security consultants.

Abinader will be the first Dominican president born after the Trujillo dictatorship, and the first elected president to have not lived during the dictatorship since Ramón Cáceres, assassinated in 1911.

Abinader is married to Raquel Arbaje Soni, the daughter of businesspersons Eduardo and Margarita Soni, both of Lebanese descent. They have three children: Esther Patricia, Graciela Lucía, and Adriana Margarita.

On June 11, 2020, Abinader announced that he and his wife tested positive for COVID-19.

The contents of this page are sourced from Wikipedia article on 01 Aug 2020. The contents are available under the CC BY-SA 4.0 license.
View Luis Abinader 's image gallery
Image Gallery 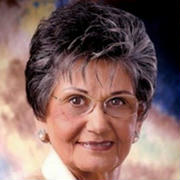 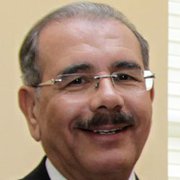 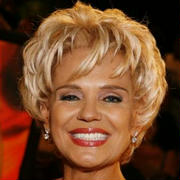