Gustav Wilhelm Ludwig von Struve was born in 1858 in Tsarskoye Selo – a former Russian residence of the imperial family and visiting nobility, located 26 kilometers (16 mi) south from the center of St. Petersburg. He was the fourth son of Otto Wilhelm von Struve and Emilie Dyrssen (1823–1868) and a younger brother of astronomer Hermann Struve. Ludwig followed his family traditions and between 1876 and 1880 studied astronomy at the Imperial University of Dorpat. For his post-graduate research started at the Pulkovo Observatory which was headed by his father. In 1883, Ludwig defended his PhD thesis on "Resultate aus den in Pulkowa angestellen Vergleichungen von Procyon mit benachbarten Sternen" (Results obtained in Pulkovo on relation of Procyon with the neighboring stars). Between 1883 and 1886, Struve was staying abroad in several European observatories, including those in Bonn, Milan, Paris and Leipzig. His major influences in astronomy were his father and the Italian astronomer Giovanni Schiaparelli. Between 1886 and 1894, Struve worked as an astronomer at the Tartu Observatory. In 1887, using results obtained during his European trip, he prepared and defended the habilitation thesis titled "Neue Bestimmung der Constante der Precession und der eigenen Bewegung des Sonnensystems" (New determination of the constant of precession and of the motion of the Solar System).

A few years after retirement of his father, in 1894, Ludwig moved to the University of Kharkov. There, in 1897 he became professor in astronomy and geodesy and director of the observatory. Prior to Struve, the Kharkov Observatory was not registered within the Russian leveling network and the altitude of Kharkov was based on rather inaccurate trigonometric leveling conducted by local triangulation. It took Struve five years of hard work to include the observatory to the Russian leveling network. In 1912, he was elected as Dean of the Physics and Mathematics Department of Kharkov University. In 1914, he founded a workshop of fine mechanics at the department and headed it for five years. Prior to that, such institutions had been nonexistent in Russia, and foreign engineers were personally invited for precision mechanical work. Struve attempted to build a national school in this area, but with limited success. He himself was a skilled engineer and constructed an instrument for the measurement of "an individual error using artificial star.” This device was invented by H. G. van de Sande Bakhuyzen at the Leiden Observatory and was actively used by Struve.

Struve's research was first focused on celestial mechanics, in particular precession and other motion within the Solar System. It then expanded on the study of the positions and motion of stars, in particular single and double stars lying within the angular range of the Tartu Observatory. He used occultation of stars by the Moon to refine the value of the lunar radius. He also determined the apex coordinates of the Sun's movement and was one of the first astronomers to estimate, in 1887, the rotation rate of the Milky Way.

Struve was married to Elizaveta Khrystoforovna (1874–1964) and they had two sons and two daughters. Their first child, son Otto, was born in Kharkov in 1897, and later became one of the most famous astronomers of the 20th century. Otto served as a White Russian officer in the losing side of the civil war that followed the Russian Revolution. Therefore, to avoid Bolshevik's repressions, Struve had to move in 1919 to Simferopol where he had assumed professor position at the Tavria University. He left in Kharkov a collection of about 1400 historical letters involving his father and grandfather, Friedrich Georg Wilhelm von Struve. The collection had survived two wars and was preserved till the present days.

After leaving Kharkov, tragedy struck the Struve family with three deaths in the over the course of five months. In the summer of 1920, Ludwig's 9-year-old daughter Elizabeth drowned in front of him. Shortly afterward, his son Werner (1903–1920) died from tuberculosis, and in November, Ludwig himself died of a stroke. He was survived by his wife and daughter Yadviga (1901–1924), who returned to Kharkov. Yadviga had taught German at Kharkov Technology Institute, but died in 1924 of tuberculosis.

In 1915, Struve received an award from the council of the Russian Astronomical Society, where he was a member from 1893. The award was given for his work “Elaboration of the observations of lunar occultation of the stars during the total lunar eclipse” that was carried within a collaboration between the Kharkov and Pulkovo observatories.

The contents of this page are sourced from Wikipedia article on 08 Mar 2020. The contents are available under the CC BY-SA 4.0 license.
View Ludwig Struve 's image gallery
Image Gallery 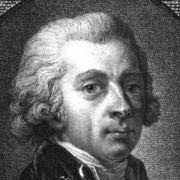 German conservative lawyer, art critic and journalist based in Dresden. From 1806 he was a Prussian diplomat to Rome and Naples 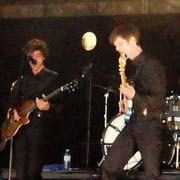 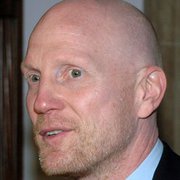