Ludwig Rellstab (23 November 1904, Schöneberg, Berlin – 14 February 1983, Wedel) was a German chess player who won the German Chess Championship in 1942 and was awarded the International Master title in 1950.

Rellstab came from a distinguished family of academics and musicians. His great-grandfather, also named Ludwig Rellstab, was a well-known poet and music critic. His father Ludwig M. E. Rellstab was a professor of physics and electronics, who in 1914 became chief engineer at Siemens & Halske. His sister Annekäthe was a pianist.

Rellstab represented Germany at fifth board in the Munich 1936 unofficial Olympiad, and won two bronze medals (team and individual). He played for West Germany three times in the Chess Olympiad.

He won the individual gold medal at Helsinki 1952 and team bronze medal at Dubrovnik 1950.

The contents of this page are sourced from Wikipedia article on 08 Mar 2020. The contents are available under the CC BY-SA 4.0 license.
View Ludwig Rellstab 's image gallery
Image Gallery 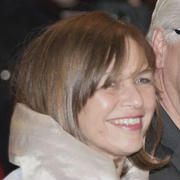