Radermacher specialized in research of classical rhetoric, folklore and mythology. Among his many written works was an edition of Quintilian's oratories "Institutionis Oratoriae". A few of his other significant writings are as follows: 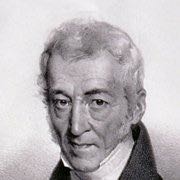