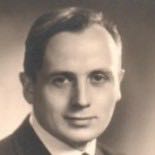 Elsbett was one of nine children of the farmer Viktor Elsbett and his wife Maria. He grew up in agriculture, and was originally trained as a fitter for agricultural machinery. Later, he attended the technical schools in Bad Frankenhausen and Neustrelitz to study mechanical engineering and aircraft engines, and became a mechanical engineer.

In 1937, he was appointed department manager at the Junkers Aircraft Works in Dessau and developed combustion engines. In 1940, he married his wife Lieselotte, and had five children with her. He was a living legend of technology; he played a decisive role in the further development of diesel engine technology.

After the war, Elsbett set up an independent factory in Salzgitter for the production of a small two-stroke diesel engine.

In 1973 Elsbett gained international recognition for the first ever serial-produced direct-injection diesel engine for cars.

In 1977 Elsbett produced an engine fuelled by vegetable oil called the Elsbett-motor.

In 1980 Elsbett made the first conversion of standard diesel cars with prechamber engines to vegetable oil.

In 1993 the Elsbett Mercedes won the first Eco Tour of Europe with the lowest consumption of fuel.

There is now an Elsbett Museum in the city of Salz, Bavaria, Lower Franconia.

The contents of this page are sourced from Wikipedia article on 09 Mar 2020. The contents are available under the CC BY-SA 4.0 license.
View Ludwig Elsbett 's image gallery
Image Gallery