Ludvig Mylius-Erichsen (15 January 1872 – 25 November 1907) was a Danish author, ethnologist, and explorer, from Ringkøbing. He was most notably an explorer of Greenland.

With Count Harald Moltke and Knud Rasmussen Mylius-Erichsen formed the Danish Literary Expedition (1902–04) to West Greenland, and in the early stages (1902) discovered near Evighedsfjord two ice-free mountain ranges. Later the party proceeded to Cape York and for 10 months lived native fashion with the Eskimo. The return journey of the expedition to Upernavik across the ice of Melville Bay was the first sledge crossing on record.

As commander of the Denmark Expedition (1906–08) Mylius-Erichsen undertook and carried out the task of exploring and charting the entire coastline of unknown northeast Greenland by three months' field work. The expedition made sledge journeys of more than 4000 miles (6,436 km), exceeding the record of any single Arctic force. The main travel, excluding duplications, of Johan Peter Koch was some 1250 miles (2011 km), and that of Mylius-Erichsen must have exceeded 1000 miles (1609 km). Their explorations showed that Robert Peary's chart of a coast trending southeast from Navy Cliff was radically incorrect. Instead the shore ran to the northeast, adding about 100,000 square miles (259,000 km²) to Greenland and extending it about halfway from Navy Cliff—where the maps wrongly placed Greenland Sea—to Spitzbergen. Mylius-Erichsen's own exploration disclosed the nonexistence of Peary Channel, and thus established the continuity of Greenland from Cape Farewell, 60° N, to the most northern land ever reached, 83° 39' N. He also discovered and explored the great fiords of Danmark, Hagen, and Brønlund.

Misled by existing maps, Mylius-Erichsen with Niels Peter Høeg Hagen and the Greenlander Jørgen Brønlund so prolonged his journey that a return to the ship that spring was impossible, and they were forced to spend the summer in the area of the Denmark Fjord without the necessary footgear for hunting in the stony area. The need for food for men and dogs forced them to reduce their three dogteams to one. Finally in September they were able to start their return journey on the new frozen sea ice, around the northeastern corner of Greenland. But when they arrived at the southern shore of Mallemuk Mountain, they found open water and were forced to travel inland. En route Mylius-Erichsen and Hagen perished of starvation, exhaustion, and cold walking on the ice of the Nioghalvfjerd Fjord. Hagen's map sketches and the body of Brønlund together with his diary were found next spring by Koch in Lambert Land. Some cairn reports, left at Danmark Fjord by Mylius-Erichsen, were found and brought to Copenhagen by Ejnar Mikkelsen in 1912.

The contents of this page are sourced from Wikipedia article on 30 Mar 2020. The contents are available under the CC BY-SA 4.0 license.
View Ludvig Mylius-Erichsen 's image gallery
Image Gallery 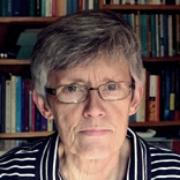