Lucy Allen Smart (née Lucy Allen, 1877–1960) was an American librarian and curator. She is known for her contributions to The Archaeological Atlas of Ohio.

After leaving the curatorial position, Smart was hired as an Assistant Librarian, a role she held until 1901.

In 1901, Smart left her job as a librarian at Ohio State University, where she studies under historian Albert Bushnell Hart. However, she did not complete her PhD, choosing instead to marry. During her marriage, she wrote the History of Forest Hills from the Days of Indians, which was published in 1924.

After her husband's death in 1925, Smart because the Assistant to the Headmaster and the librarian at the Kew-Forest School in Forest Hill, New York. In 1941, she was appointed the Dean of Girls.

In 1937, Smart was appointed to the board of trustees of the Queensborough Public Library, becoming the first female on a citywide library board. She also served as the editor of The Forest Hills Gardens Bulletin.

In addition to her career as a librarian, Smart was well known for her performances of historical American women such as Dolley Madison and Harriet Beecher Stowe.

In 1901, Lucy Allen married to George Smart, the co-founder and editor of the Columbus Citizen. After his death in 1925, Smart did not remarry. 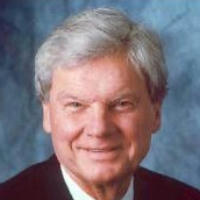