Lucius Vipstanus Poplicola Messalla (c. 10 – aft. 59) was a Roman Senator. Messalla was ordinary consul in AD 48 as the colleague of the future emperor Vitellius.

Based the elements of his cognomen Popicola Messalla, Ronald Syme suggested that Vipstanus Poplicola was the son of Lucius Vipstanus Gallus and a postulated Valeria Messalla, the granddaughter of Marcus Valerius Messalla Corvinus. He completed his consulate in July 48, and was succeeded by the consul suffectus Gaius Vipstanus Messalla Gallus, who has been suggested to have been his brother.

According to Syme, Vipstanus Poplicola's son was Gaius Valerius Poplicola, who was co-opted into a sacerdotal college in AD 63, but is not heard of afterwards, possibly having died before being old enough to accede to the consulate. 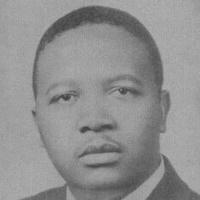 American baker, inventor of the Twinkie