Lucille Eichengreen (born as Cecelia Landau on 1 February 1925 in Hamburg, Germany) is a survivor of the Łódź Ghetto and the Nazi concentration camps of Auschwitz, Neuengamme, and Bergen-Belsen. She moved to the United States in 1946, married, had two sons and worked as an insurance agent. In 1994, she published From Ashes to Life: My Memories of the Holocaust. She frequently lectures on the Holocaust at libraries, schools and universities in the United States and Germany.

Lucille Eichengreen was the oldest of two daughters of Polish-originated wine merchant Benjamin Landau and his wife Sala (Sara), née Baumwollspinner. She describes her childhood as being "very nice, very comfortable" before Hitler came to power in 1933. After that, the Jews became exposed to growing reprisals by the Nazis as well as insults and assaults by the local population. After coming back to Hamburg in spring of 1939, Landau was arrested by the Gestapo on 1 September 1939 during the attack on Poland, as a "foreign enemy". He was first brought to police jail in Fuhlsbüttel, then to Oranienburg, and finally Dachau concentration camp, where he was murdered on 31 December 1940. The family learned of his death only in February 1941 when the Gestapo brought his ashes, "in a cigar box with a rubber band", to their apartment. Of this event, Lucille Eichengreen recalls:

Two Gestapo came to the house and threw them on the kitchen table.[...]They only said 'Ashes, Benjamin Landau!' And walked out. They didn't talk. Commemorative plaque with the picture of Lucille Eichengreen

On 25 October 1941, Lucille Eichengreen, then 16 years old, was deported to the Łódź Ghetto with her mother and her little sister Karin. In the ghetto, her mother starved to death, dying 13 July 1942. Lucille found work and could survive, living under inhumane conditions. Her little sister Karin, whom she took care of while in the ghetto, was separated from her at age eleven in September 1942, deported to Chełmno extermination camp and murdered. She herself was working as a secretary for the journalist and writer Oskar Singer. In 1943, she was hit on the left ear during an interrogation by the Nazi police after a denunciation, resulting in permanent deafness on that ear. In August 1943, she was deported to Auschwitz concentration camp, where she was deemed fit to work during the selection process. A few weeks later, she went through another selection process, concentration camp doctor Josef Mengele sending her to the satellite camp Dessauer Ufer of KZ Neuengamme, where she was forced to heavy labour, working in construction and removing detritus from bomb damages. Later, she was assigned to the physically less straining task in an office, though she was still exposed to mistreatment from supervisors. In March 1945, she was deported to the concentration camp Bergen-Belsen.

After liberation of the concentration camps

Lucille Eichengreen was the only member of her immediate family to survive the Holocaust period, though she only gained certainty about her sister's death in 1947. After the liberation of the concentration camp in Bergen-Belsen by the British army, she spent a few months in the camp for Displaced Persons in Bergen-Belsen, working as a translator for the British. In cooperation with the British forces, she identified 40 members of the SS having worked in the concentration camp Neuengamme, leading to their arrest and trial before a court of law. After receiving death threats, she moved to the United States, where she married another Jewish emigrant from Hamburg, Dan Eichengreen.

By her own account, Lucille Eichengreen struggled to overcome the traumatic events of her youth and is still suffering from recurring nightmares.

In 1995, she returned to Poland and Germany for the first time since 1945, including a visit to Hamburg after accepting an invitation by the Hamburg senate. Lucille Eichengreen also returned to Auschwitz and the ghetto in Łódź.

Activity as a writer

In the 1990s, Lucille Eichengreen started to write her memories down for publication. In 1994, her book From Ashes to Life. My Memories of the Holocaust was published in the United States. Since she first visited Germany, she is giving lectures in schools, universities and at commemorative events. Moreover, she worked with the research unit for Holocaust literature at the Justus-Liebig-University on the chronicles of the Łódź ghetto, a text which gives an account of the life in the ghetto. For her involvement, she was awarded the honorary doctor title in the field of language, culture and literature by the University of Giessen in May 2007.

On the occasion of the exhibition with the title In den Tod geschickt. Die Deportation von Juden, Roma und Sinti aus Hamburg 1940 bis 1945 (Sent to death. The deportation of Jews, Roma and Sinti from Hamburg 1940 to 1945), she received the Hamburger Ehrendenkmünze in Gold (Hamburg Gold Medal of Honor) by mayor Ole von Beust as a sign of recognition for her work around the history of deportation of Jews from Hamburg.

Lucille Eichengreen currently lives in Oakland, California. She has two sons, one of whom is the American economist Barry Eichengreen.

After liberation of the concentration camps

Activity as a writer 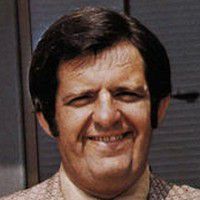