Lucas was born in Ireland as the eldest son of Theobald Dillon and his wife Sarah Bourke. His father was the third son of Christopher Dillon, who was the eldest son and heir apparent of Theobald Dillon, 1st Viscount Dillon. The Dillons are an Old English family, established in 1185 when Sir Henry Dillon came to Ireland with Prince John. Lucas's mother was an illegitimate daughter of David Bourke, who was a younger son of Theobald Bourke, 1st Viscount Mayo. Her family, the Mayo Bourkes were gaelicised Old English.

Lucas heads the list of siblings below as the eldest:

On 22 September 1675 Lord Dillon obtained from King Charles II the waver of the quit rents due to the Crown according to the Irish Act of Settlement of 1662. This reward was certainly more earned by the 4th Viscount than by the subject of this article.

A few months after his second marriage Lord Dillon suddenly died of dropsy in September or October 1682 at Kilfaughny, Westmeath, childless despite his two marriages. He was succeeded by Theobald as the 7th Viscount, a second cousin. His widow married secondly Sir William Talbot, 3rd Baronet and died after 14 July 1710.

The contents of this page are sourced from Wikipedia article on 17 Apr 2020. The contents are available under the CC BY-SA 4.0 license.
View Lucas Dillon, 6th Viscount Dillon 's image gallery
Image Gallery 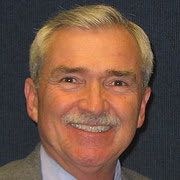 5 African-American men from Chicago, Illinois who were falsely convicted of rape and murder in 1991 and got their convictions overturned in 2011